Boston Celtics fans are no strangers to the adorable relationship Jayson Tatum shares with his young son, Deuce.

So obviously, having his toddler back at games makes it all the more special for the star forward.

Deuce was in attendance for his father’s incredible 44-point performance in the Celtics’ 119-114 win over the Golden State Warriors on Saturday at TD Garden. The 3-year-old and other spectators were prohibited from attending games at the arena for more than a year due to COVID-19, but finally were allowed back in last month.

Tatum said having his son on the sideline for the Celtics’ win over the Warriors gave him an extra boost.

“I mean, I always love when he’s at the game,” Tatum told reporters during his postgame press conference Saturday night. “It’s just kind of a visual representation of what I do it for, to have him watching and know he’s looking up to me, that’s all the motivation in the world right there.”

Sounds like we will be seeing plenty more of Deuce in the future.

The Celtics now own a six-game win streak thanks to Saturday’s victory, by the way. 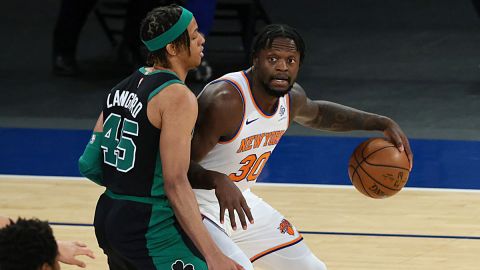