The Los Angeles Dodgers finally got over the hump in 2020, winning their first World Series title since 1988.

Now, can they do it again — this time on the heels of a full 162-game regular season?

The Major League Baseball schedule was condensed to 60 games in 2020 due to the COVID-19 pandemic, a change that in some cases makes it hard to predict what we’ll see in 2021. Still, to the Dodgers’ credit, they entered last season as the championship favorites and made good on their potential. One could argue no team in recent MLB history has been better equipped to repeat.

We asked our NESN Digital team ahead of Opening Day to give their World Series predictions for 2021. A few daring souls went against the grain with their Fall Classic picks, but as you’ll see below, the majority of respondents are expecting more fireworks in LA.

Alas, here are our prognostications.

Lauren Campbell: Toronto Blue Jays over New York Mets
Let’s get weird. Both the Mets and Blue Jays are good teams. New York has made significant improvements to its roster, while Toronto will be a contender in the American League East thanks to its offseason acquisitions. The Jays are facing some injuries to begin the year, but it’s a long season.

Mike Cole: Los Angeles Dodgers over Houston Astros
Los Angeles was historically good last season, and now its younger players will have another year of development under their belts. Plus, the Dodgers signed reigning National League Cy Young Award winner Trevor Bauer in the offseason. Houston slugs its way through a wide-open AL to get there, but the Astros — without any extra “help” — can’t solve the Dodgers’ pitching as LA builds the next baseball dynasty.

World Series Odds: Are Long-Shot Angels Underdog Worth Betting On?

Ricky Doyle: Los Angeles Dodgers over Minnesota Twins
The Dodgers have incredible top-level talent. But their overall depth and resources (money, prospect capital, etc.) ultimately are the two biggest separators. So many things would need to go wrong for Los Angeles not to be among MLB’s best teams this season. That really can’t be said for anyone else, except for maybe the Padres, who unfortunately have to share a division with the Dodgers. The Twins, meanwhile, can mash and should have a viable enough rotation to make noise in the AL.

Adam London: Los Angeles Dodgers over Chicago White Sox
Chicago will build off its solid 2020 season and win the AL pennant for the first time since 2005. But how can you pick against the defending champions, who have both hitting and pitching in spades?

Sean McGuire: Los Angeles Dodgers over Chicago White Sox
It’s just too hard to pick against the Dodgers to repeat with how loaded they are pretty much everywhere. I mean, Mookie Betts, Corey Seager, Justin Turner, Max Muncy and Cody Bellinger atop the order, with a rotation headlined by Clayton Kershaw, Trevor Bauer and Walker Buehler, is just bananas.

Logan Mullen: San Diego Padres over Toronto Blue Jays
This is in part because teams should be rewarded for deciding to go all in. After about a decade of playing the long game, the Padres have made a strong commitment to winning now. They have all the pieces: Starting pitching, largely steady offense, impressive defense. They?re going to be fun to watch all season, and it will culminate with a World Series title.

World Series 2021 Odds: Which Favorite Should You Avoid Betting?

Dakota Randall: Los Angeles Dodgers over New York Yankees
Let’s not overthink this. These are the two best teams in baseball, and both are built for October success. The Dodgers are a cut above, however, and will repeat as World Series champions.

Ben Watanabe: Atlanta Braves over Chicago White Sox
One win away from the World Series last season, the Braves added rotation depth with Charlie Morton and Drew Smyly to combat the top-heavy staffs of several other NL contenders. They’ll prove victorious over the White Sox, who make the jump from “fun team” to contender.

MLB Awards 2021: Our Picks For MVP, Cy Young, Rookie Of The Year 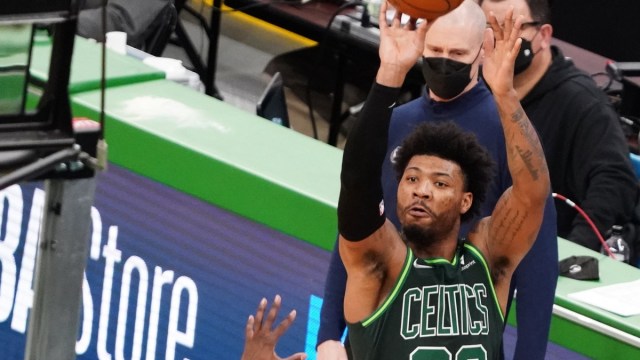 Marcus Smart Thinks Celtics Will ‘Turn It Around,’ Just Not Sure When 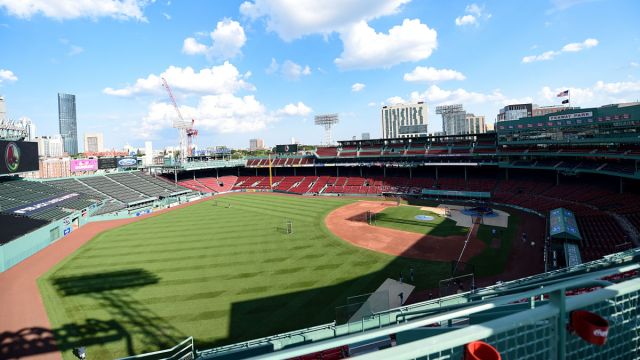