Aaron Rodgers apparently is buying what Tom Brady is selling.

Brady’s infamously strict lifestyle and dietary guidelines might be a bit too much for some, but not Rodgers. The Green Bay Packers quarterback owns a copy of “The TB12 Method,” Sports Illustrated’s Albert Breer reported Tuesday during a conversation with Rich Eisen.

“He actually bought Tom Brady’s book, The TB12 Method, and adopted some of the principles there,” Breer said.

Rodgers, 37, hasn’t shown any signs of declining performance. He won the 2020 NFL MVP after all.

Still, if Rodgers wants to extend his career and maintain playing at a high level, he certainly could pick worse people than Brady to emulate.

Of course, the biggest story surrounding Rodgers is his uncertain future in Green Bay. 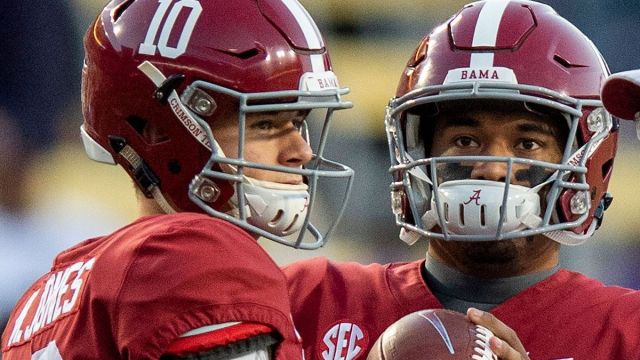