Fortunately, it appears John Tavares is going to be OK, as the Toronto Maple Leafs captain tweeted a message Friday indicating he’s home and recovering from the terrifying injury he suffered Thursday night against the Montreal Canadiens.

The scene at Scotiabank Arena sure was unsettling, though. Tavares, who took an inadvertent knee to the head from Canadiens forward Corey Perry after a bone-crunching hit from Habs defenseman Ben Chiarot, was stretchered off the ice during the first period in Toronto.

Brad Marchand was asked about the incident Friday morning ahead of the Boston Bruins’ Game 4 Stanley Cup playoff matchup with the Washington Capitals at TD Garden. The Bruins forward sent his well wishes to Tavares, who’s in the midst of his third season with the Leafs after nine seasons with the New York Islanders.

“That was really tough to see,” Marchand told reporters during a video conference. “You don’t ever want to see a guy get hurt like that in a game. It was such a split-second thing. There’s no way Perry could have gotten out of the way there. Very unfortunate. You could see that he was distraught over it. But hopefully, JT is gonna be OK. It’s tough to see, and it’s the last thing you want to watch is a guy get hurt. Hopefully, he’s going to bounce back and recover quickly. All the best goes out to him from all of us in here.”

Tavares is out indefinitely with a concussion, which is a huge blow to Toronto’s chances of bouncing back from its Game 1 loss to Montreal in the teams’ first-round series. It’s obviously encouraging to hear the 30-year-old is on the road to recovery, though. Perhaps he’ll return later in the postseason if the Leafs advance past the Canadiens.

As for any bad blood, it’s hard to imagine the incident spilling over into Game 2 and beyond. Other ill will might build up over time, but the blow to Tavares’ head was an obvious accident. And Nick Foligno and Perry quickly put things to rest with a subsequent fight in Game 1.

“That’s a tough situation,” Marchand said Friday. “Foligno’s obviously trying to stick up for his teammate. In playoff time, that’s kind of what he’s there to do, he’s kind of one of the tougher guys on that team. It’s an unfortunate situation. Obviously, Perry, you could see it, it was an accident. There’s no question about that. But he wanted to do the right thing in that situation and step up. So give credit to both of those guys. By no means was there any intention in that, by the looks of it, and it’s tough to see all around. So, hopefully he’s OK and he’ll be back soon.”

The Maple Leafs and Canadiens will return to the ice Saturday night for Game 2 of their series.

Marchand and the Bruins, meanwhile, will look to take a 3-1 series lead over the Capitals when Boston and Washington square off Friday night at TD Garden. Puck drop is scheduled for 6:30 p.m. ET, and all of the action can be seen on NESN, beginning with an hour of pregame coverage at 5:30 p.m. 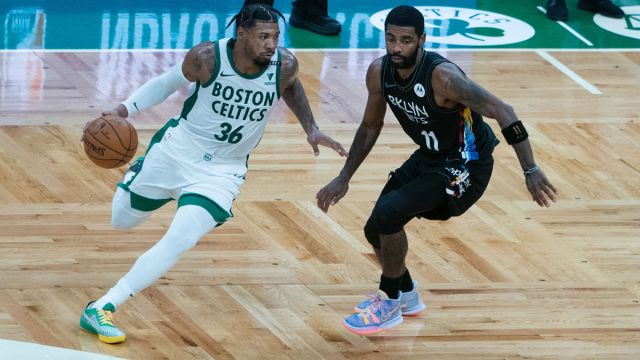 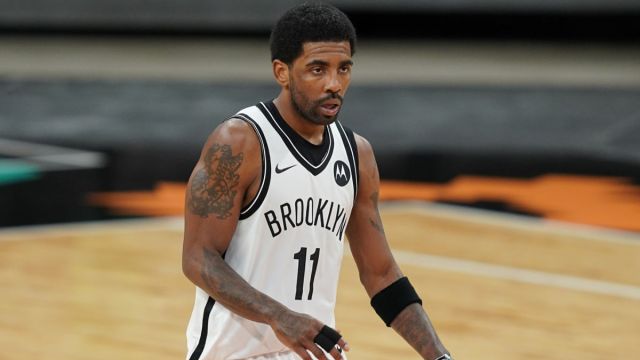