The Bruins defeated the Washington Capitals on Monday night to tie the first round of the Stanley Cup playoffs 1-1 with a thrilling 4-3 overtime win. The series now shifts back to Boston.

Brad Marchand — who took two penalties during the game after losing his cool — scored the game-winner just 39 seconds into the overtime period, but had it not been for Bergeron, the forward may have been in the penalty box more.

“Bergy, in situations like that, will grab me and reel me back in like he did,” Marchand said over Zoom during his postgame availability. “That’s just part of it. We’re on the biggest stage right now and gotta stay out of the box in these games. I gotta do a little bit better job there than I did tonight.”

For Bergeron, he knows his linemate is a competitor who’s going to help the Bruins win.

“He competes at all times,” Bergeron said. “His will and want to be the difference is there at all times.”

Bergeron is captain for a reason, and shows that while scoring goals of his own and being a true leader on the ice.

Here are some other notes from Monday’s Bruins-Capitals Game 2:

— Bruce Cassidy called out his top six forwards after Saturday’s loss. And they heard him loud and clear.

“I think the guys that have been here understood the urgency of this game,” Cassidy said on Zoom. “We had to play better, we did. … Everyone came to play.”

— Despite Marchand taking two penalties, one being post-whistle, Cassidy isn’t worried about the way the feisty forward plays.

“I’ve got a lot of faith and trust and loyalty to Brad,” Cassidy said. “There’s way, way more good than bad and I think he wanted to drag us into the fight.”

— Hall also earned some high praise from his coach.

“He’s been really invested since he’s been here,” Cassidy said. “I think he wanted to do really well right away.”

— Tuukka Rask made 36 saves on 39 shots, and really kept the Bruins in game throughout the entire 60 minutes and 39 seconds.

“Well, early on he was under siege so he made a number of great saves,” Cassidy said. “The couple of goals were, I mean the high tip (he had) no chance at all, the 2-on-1 we didn’t defend it well enough.”

— Connor Clifton played for the injured Jeremy Lauzon and certainly made quite the impact.

“I love Cliffy,” Marchand said. “He’s a true professional. He’s a great player for us and we’re lucky to have him.”

— Marchand jumped into the arms of Hall after sending the series back to Boston tied 1-1.

“He doesn’t weigh that much and I’ve been lifting a lot lately,” Hall joked after the game. 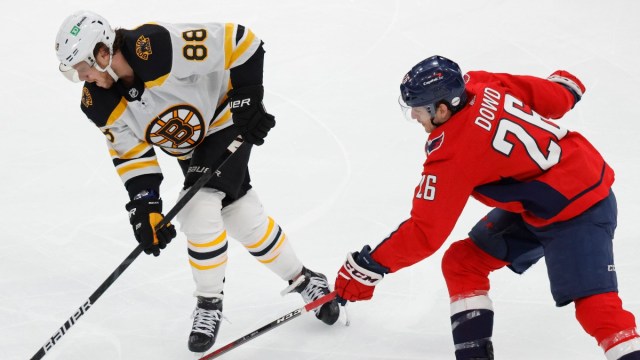 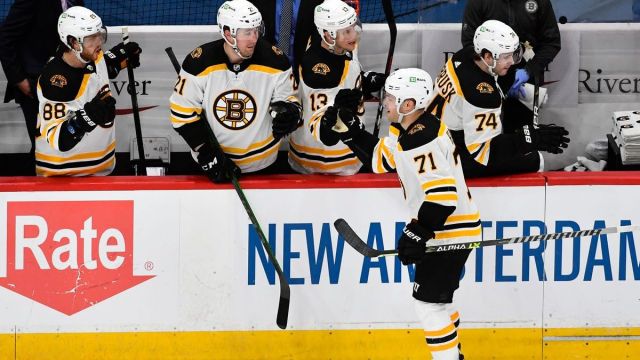