The Bruins did more than just beat the Islanders on Monday night.

Boston locked up the No. 3 seed in the East Division in its 3-2 overtime win over New York at TD Garden on an incredible game-winning goal for Taylor Hall.

Hall (twice) and Brad Marchand scored for the Bruins, while Oliver Wahlstrom and Mathew Barzal had the Islanders’ tallies.

FAST-PACED, FEISTY FIRST
The Bruins put a ton of pressure on the Islanders in the opening minutes of the first period, but Semyon Varlamov was a brick wall between the pipes. He even stopped a Hall shot after some fancy puck work that looked destined to make this 1-0 game.

Boston played with tremendous tempo and prevented New York from getting any significant time in the Bruins’ end.

A Leo Komarov cheap shot to David Pastrnak after the whistle put the Bruins on a 5-on-3 for 40 seconds, and Boston took advantage. David Krejci fed a cross-ice pass to Hall, who buried it at the tough angle by Semyon Varlamov.

TIED AFTER TWO
The Islanders capitalized on the power play just 1:38 into the second period with a one-timer after a nice feed from Barzal that beat Tuukka Rask to make it a 1-1 game.

The tie didn’t last all that long, though. Marchand held off Ryan Pulock in order to redirect a David Krejci shot by Varlamov to make it a 2-1 game.

But 2:16 later the Islanders knotted it up once again with a Barzal slap shot into the corner.

The score remained tied at 2-2 after two periods of play with the Bruins still holding the advantage in shots, 27-13.

SIXTY MINUTES NOT ENOUGH
Ilya Sorokin took over for the Islanders in net after two strong periods from Varlamov. The B’s, meanwhile, began the third without Ondrej Kase, who was playing for the first time since Jan. 16, due to an upper-body injury.

The Bruins continued to be aggressive with six shots in the first 6:30 as opposed to New York’s zero.

Things got chippy behind Boston’s net with Brock Nelson and Charlie McAvoy going at it and receiving matching penalties for roughing with 6:31 to go in the game.

Both Rask and Sorokin made some timely saves to help send this game to overtime.

HALL WINS IT
Hall ended the overtime period with a brilliant goal to seal the 3-2 win.

UP NEXT
The Bruins wrap up their regular season Tuesday night against the Washington Capitals. Puck drop from Capital One Arena is set for 7 p.m. ET. 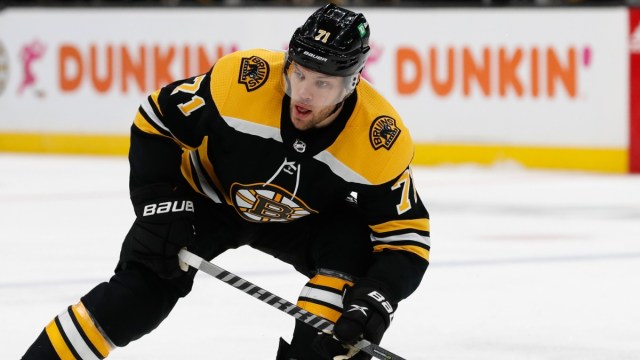 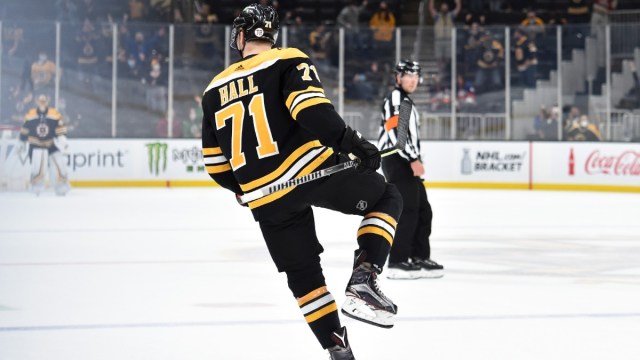