The Boston Bruins have won five of their last six games.

The Bruins defeated the New York Rangers 4-0 at TD Garden on Thursday night in the first of their two-game set.

Jeremy Swayman, as he has all year, stood tall between the pipes with 15 saves for the shutout.

BRUINS UP BY TWO
The Bruins struck first when Brad Marchand dangled the puck behind the Rangers net before feeding it over to Bergeron who finished off the sequence with a one-timer.

McAvoy doubled the lead to 2-0 with a power-play goal. McAvoy finished with a slap shot on yet another assist for Marchand before the period came to a close.

The Bruins outshot the Rangers 9-4 at the end of the first period.

ANOTHER ONE FOR BOSTON
DeBrusk took his frustrations out on the net as he scored his fifth of the season to make it a 3-0 game after David Krejci found him wide open.

Swayman remained strong between the pipes and kept the Rangers off the board after two periods of play.

BRUINS SEAL IT
Carlo added to the goal total just 1:07 into the third with a snipe off a faceoff win to make it a 4-0 game.

That’s all the Bruins would need to skate away with the W.

UP NEXT
The Bruins wrap up their series with the Rangers on Saturday afternoon. Puck drop from TD Garden is set for 3 p.m. ET. 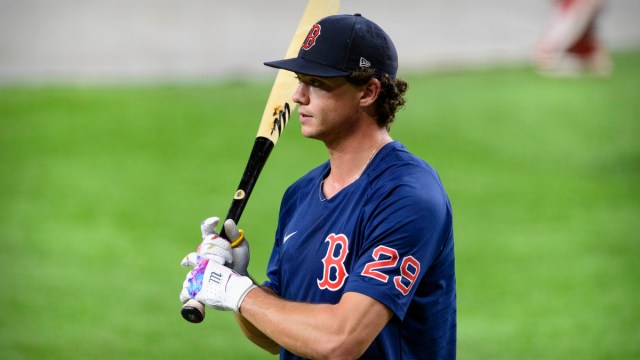 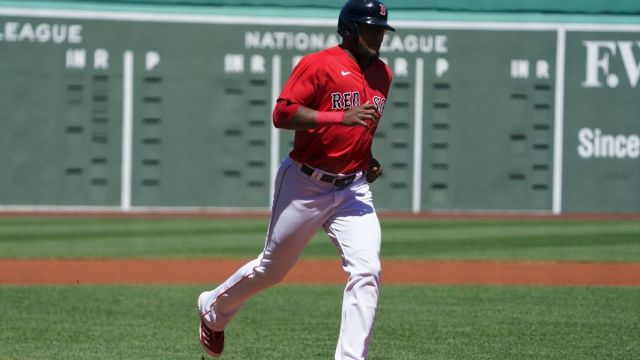