We have ourselves a tied series.

The New York Islanders earned a hard-fought 4-3 overtime win over the Boston Bruins in Game 2 of their second-round Stanley Cup playoff series.

Tuukka Rask stopped 35 pucks on the night, while Semyon Varlamov, who the Isles decided to go with in Game 2, denied 39.

The Islanders made this a 1-1 series as it shifts back to New York.

It was an exciting game from start to finish. Here’s how it all went down:

BRUINS STRIKE FIRST
The Bruins’ first shot of the game certainly was beneficial, as Coyle put the home team up 1-0 just 2:38 after the puck dropped.

Karson Kuhlman, playing in his first playoff game this series, won a crucial puck battle and got the puck over to Coyle who ripped a shot by Varlamov.

The Islanders were getting good looks, and were playing their best period of hockey, but to say Rask was on in the opening period would be an understatement. And it helped Boston’s 1-0 lead stay put after 20.

The Bruins outshot the Islanders 15-6.

ALL ISLANDERS
The Islanders tied things up at 1-1 after Pastrnak was whistled for goaltender interference thanks to a little help from a B’s defenseman.

Bailey’s pass ricocheted off Jeremy Lauzon’s skate and by Rask.

New York continued to control the pace of the game and took its first lead of the night with nine minutes left in the period when Palmieri — who had a slew of success against the Bruins in the regular season — tucked the puck by Rask after the goalie was unable to locate it.

Rask made a big stop on a Mathew Barzal breakaway to keep this a one-goal game before the Bruins began to show some fight and get some quality opportunities on net, including one that looked destined to go in from David Krejci after a beautiful setup from Marchand, but Varlamov stood on his head.

New York returned to the power play after Brandon Carlo and Leo Komarov got into it, but Carlo was the only one who was assessed a penalty, and the Islanders took control of the game.

Pageau somehow got the puck in net from the far post on an assist by Anthony Beauvillier for the 3-1 edge.

The horn sounded to end the second and things got a bit chippy at the blue line, but it was the B’s who went down the tunnel down two goals despite leading 25-17 in shots.

B’S FORCE OVERTIME
Boston tried to get more aggressive on the forecheck, but it was a long, productive shift from the top line that got the Bruins within one.

Marchand fed the puck to a waiting Bergeron in the high slot before going high on Varlamov to make this a 3-2 game.

Boston certainly was playing with more fire underneath it throughout the period, and had a crucial opportunity to tie things up with 5:21 to go when the Bruins went on the power play.

The top-line winger sent an absolute snipe by Varlamov to send TD Garden into a frenzy and tie the game at 3-3 with 4:54 to go.

Rask stonewalled the Islanders on the power play despite some desperation shots which helped force overtime.

And just like that, the two-goal deficit was gone in less than five minutes.

After all was said and done, the Bruins remained ahead in shots by a margin of 36-29.

SERIES TIED
Rask came up big early and often in the opening two minutes of the overtime period, including one from Bailey that looked like it was going to end the game.

Pastrnak’s dangle opportunity was denied by Varlamov, as was Bergeron’s golden opportunity to cap off a wild first five minutes.

Both teams had tremendous offensive zone pressure and had chances to put the game away, but goaltending was strong on both ends of the ice.

But a breakaway from Cizikas after a Lauzon turnover led to the game-winning goal over the shoulder of Rask.

UP NEXT
The series now shifts to New York for Games 3 and 4. Puck drop from Nassau Coliseum is set for Thursday at 7:30 p.m. ET. 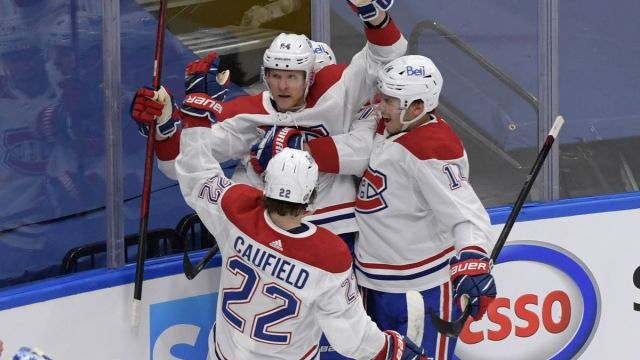 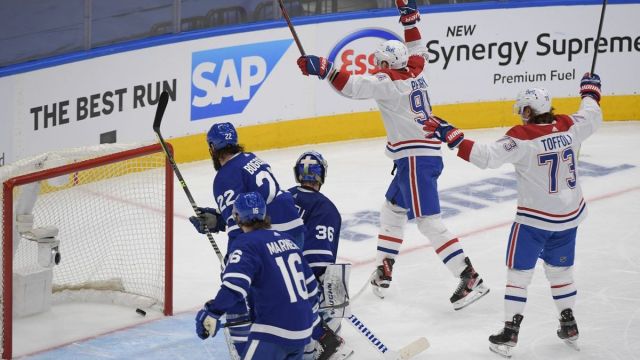