The Heat still are better than the Celtics, and they proved it Sunday afternoon at TD Garden.

Miami earned a 130-24 win over Boston in the most important game of the season for both teams. As a result, the Celtics now are two games behind the Heat for sixth place in the NBA’s Eastern Conference. Boston will participate in the play-in tournament if it finishes between seventh and 10th place.

The Celtics, who did not have Jaylen Brown in the lineup, were led by Evan Fournier, who had his best game in a Boston uniform, scoring 30 points on 7-for-11 3-point shooting. Jayson Tatum scored 29 points, with Kemba Walker adding 18.

Jimmy Butler, Bam Adebayo and Duncan Robinson all scored 20-plus points for the Heat. Robinson knocked down six of 10 3-point attempts.

The team stats largely were even, as this game really was a tale of two halves.

The Celtics dropped to 35-33 with the loss while the Heat improved to 37-31 with the victory.

NOT GOOD
The Celtics in the first quarter neither executed at a high enough level nor played with the urgency necessary for a game of this magnitude.

The Heat surged to an early 11-point lead and eventually finished the frame with a 13-point cushion. Miami got strong performances from Robinson, who scored seven points in the quarter, and Adebayo, who scored six. Goran Dragic also came off the bench and quickly knocked down a pair of 3-pointers.

Basically, it was all downhill from this point:

Nesmith paced the Celtics with nine high-energy points, while Tatum chipped in with four.

But forget the stats. The Heat simply played like the better team who wanted this game more than the Celtics did. Not having Brown in the lineup was not an acceptable excuse for Boston.

EVEN WORSE
Miami doubled its lead in the second quarter and deserved it. In fact, the 79 points the Celtics gave up were the franchise’s most first-half points surrendered since 2000, and the most at home in organization history.

And sure, some of the Heat’s 79-53 halftime lead can be attributed to red-hot shooting from 3-point range. Robinson, Dragic, Tyler Herro, Kendrick Nunn and Trevor Ariza combined to go 11-for-20 from long distance. But, again, the reality is Miami played like the more desperate team, one far less interested in participating in a play-in tournament.

It was so bad that Boston’s Twitter team actually felt this worthy of posting:

As a team, the Celtics had just 12 assists to go along with eight turnovers in the first half. Miami also held a 19-14 advantage in rebounds.

To make matters worse, Robert Williams (turf toe) was ruled out of returning for the second half.

BETTER
…Until the Heat started trying.

The Celtics opened the second half on a 15-4 run to cut Miami’s lead to 83-68. A 3-pointer from Fournier later brought Boston to within 12 points.

The game then went back and forth a bit until the Heat, behind Butler, caught fire and out-executed the Celtics over the final four minutes. Miami finished the third quarter with a 21-point lead.

Butler was quiet in the first half but was a different player in the third, scoring 11 points in the frame. Robinson continued playing well, knocking down a pair of threes.

The Celtics’ comeback attempt was made possible by Fournier, who scored 14 points in the quarter. He played hard and showed that, when he’s shooting well, the Celtics offense is capable of great things.

BUT NOT ENOUGH
The Celtics deserve some credit for making this a close game. We can’t deny them that.

However, when you get down by 26 points, you get what you ask for.

Boston started the quarter hot, narrowing Miami’s lead to 11 points. The Heat then extended their lead before a 3-pointer from Fournier again made it a 10-point game with seven minutes left.

But the Celtics weren’t done. Back-to-back layups from Tatum and Smart brought Boston within six points before a three-pointer from Butler upped Miami’s advantage to nine points. The Celtics again narrowed the deficit to six points with three minutes remaining, but a three from Robinson and ensuing Boston turnover essentially ended the game.

The Celtics were the better team in the second half (71-51). But, when it mattered most, the Heat executed and made big shots to secure the victory.

PLAY OF THE GAME
When this happened, it started to feel as if the Celtics had a chance of completing the comeback:

UP NEXT
The Celtics and Heat will do battle again Tuesday night. Tip off at TD Garden is scheduled for 7:30 p.m. ET. 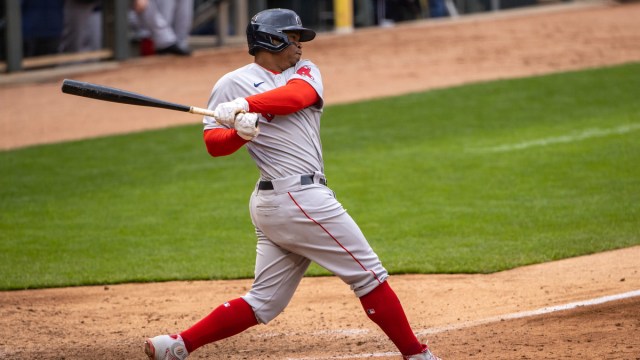 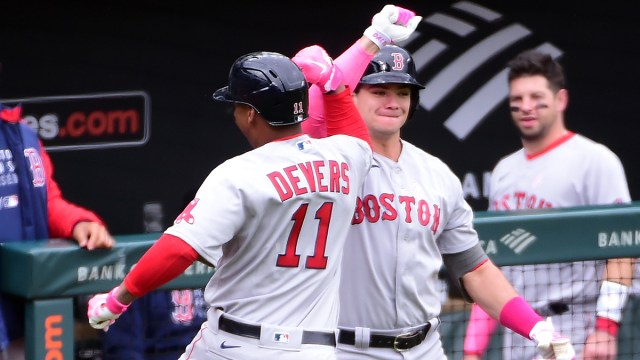