Consider the metaphorical page turned by Charlie Coyle and the Boston Bruins.

The Bruins retooled the bottom six for Game 2 of their first-round Stanley Cup playoff series against the Washington Capitals. When the dust settled, Boston got reliable play from the third and fourth lines, with the Nick Ritchie-Coyle-Jake DeBrusk unit scoring a goal in the Bruins’ 3-2 overtime win.

It’s been a bumpy season for both Coyle and DeBrusk, so contributing on the scoresheet undoubtedly had to feel good. But after morning skate ahead of Game 3, Coyle on Wednesday literally shrugged his shoulders and indicated that he’s already moved on.

“It’s one game, so it’s about putting that behind you and going into tonight and doing the same thing and striving for more,” Coyle said. “You always want to be the best you can be for your team, and there’s things that I can do better, there’s things that our team can do better. Did we play well for the most part? Of course. But there’s always stuff you want to get better.

“You know they’re going to come out harder this game, so we’ve got to do the same. But that’s how you win in these playoffs is the depth — it can’t just be your first- and second-line guys doing it, and they’ve done it for a while for us. We know what they’re capable of and what they’re going to do.

“It’s up to the third and fourth line and those depth guys to pull the rope a little bit, contribute when we can, but be responsible and make it tough on their guys. Whoever you’re playing across from, outwork, out-compete and we usually get a good result when we do that.”

Chase Winovich (And His Diamond Hands) Holding Strong On Bitcoin 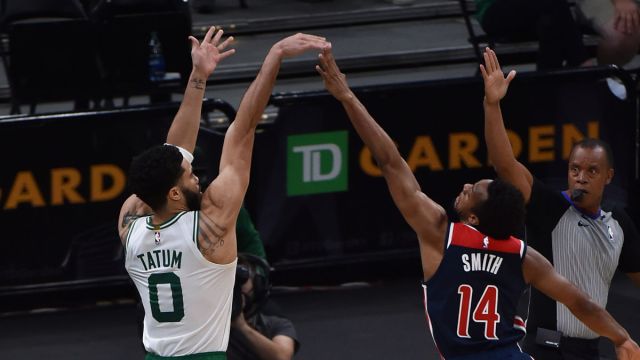