Understandably, much has been made about Patrice Bergeron’s successful transition to Bruins captain this season after Zdeno Chara donned the “C” for the last 14 years.

But the more important torch handoff, from an on-ice perspective, took place along the blue line, where Chara’s former defensive partner, Charlie McAvoy, has evolved into a legitimate superstar for Boston.

“It’s fun to watch him grow up right in front of our eyes,” Matt Grzelcyk, McAvoy’s former teammate at Boston University and current D-partner with the Bruins, recently told reporters. “He’s one of the best defensemen in the league.”

The Bruins’ polarizing decision not to re-sign Chara this past offseason presumably was made easier by the progress McAvoy showed under the guidance of his mentor. And now, in his fourth NHL season, McAvoy is flourishing as Boston’s No. 1 defenseman, with the latest evidence coming in the Bruins’ first-round Stanley Cup playoff series against Chara and the Washington Capitals.

McAvoy led all Bruins skaters with 27:15 average time on ice in Boston’s five-game victory. He totaled five points — all power-play assists — and was particularly assertive, on both ends, as the series progressed and the B’s seized control.

“I think everybody had the hopes that he would grow into the player that he is now and impacting at a high, high level,” Bruins general manager Don Sweeney told reporters Monday, one day after Boston eliminated Washington at Capital One Arena. “Averaged 27 minutes over the course of the series and was really dominant on both sides of the puck for large, large stretches.”

McAvoy’s stellar performance in the first round really was a continuation of the regular season, during which the 23-year-old paced all Bruins skaters with a career-high 24:00 average time on ice in 51 games. He totaled five goals and 20 assists for 25 points while finishing with a plus-22 that ranked third among Bruins skaters — behind Bergeron (plus-27) and Brad Marchand (plus-26) — and tied for eighth among NHL defensemen.

What truly separates McAvoy from many of his contemporaries, however, is the impact he makes in nearly every facet of the game. Not only is he an excellent skater with a knack for making plays offensively. He’s also capable of shutting down opposing forwards, combining tremendous smarts, awareness and anticipation with an increasing level of physicality.

“He has it all,” Bruins forward David Pastrnak, who’s regularly tasked with going up against McAvoy in practice, told reporters during a video conference Wednesday. “Obviously, he’s really hard to play against and he’s a great skater and his hockey IQ is really high. So, it’s obviously hard to beat him one on one, especially when he’s playing really hard. In (the offensive) zone, we all know what he’s capable of and I think that really sticks out, and especially this past series, his defensive game went up really.”

McAvoy thrives at even strength, on the power play and on the penalty kill. His overall influence is evident to those in the advanced analytics community, and it’s becoming increasingly clear to those who lean more heavily on the eye test.

The top forward line of Bergeron, Marchand and Pastrnak long has been Boston’s engine. And an uptick in secondary scoring — most notably from the second line comprised of David Krejci, Taylor Hall and Craig Smith — has been paramount in the Bruins reaching a new gear since the NHL trade deadline.

But the Bruins’ defensive core seemingly faced both a leadership and a talent void in wake of Chara and Torey Krug signing with the Capitals and St. Louis Blues, respectively, in free agency this past offseason. To say McAvoy has been instrumental in Boston overcoming those back-end departures would be an understatement, a fact that’s further magnified as the Bruins prepare for a tough second-round playoff matchup with the New York Islanders in their quest for hockey’s ultimate prize.

“Maybe not quite to where he’s at now, but there certainly are a lot of conversations about him being able to be a No. 1 defenseman in the National Hockey League,” Bruins president Cam Neely told reporters Tuesday during a video conference when asked how McAvoy’s development has aligned with the organization’s pre-draft expectations. “It’s up to him to put the work in, which he’s done. But you can see the skill set, the skating, the fact that he can play a lot of minutes. We saw that in him. He’s really taken it to another level this year, and good on him.”

The crazy part? It feels like McAvoy is just scratching the surface and still working toward reaching his full potential, an evolution that would establish him as a perennial Norris Trophy candidate.

Just like that guy who used to wear No. 33 in Black and Gold. 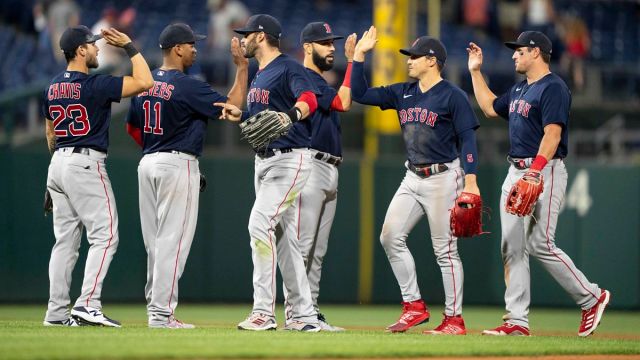 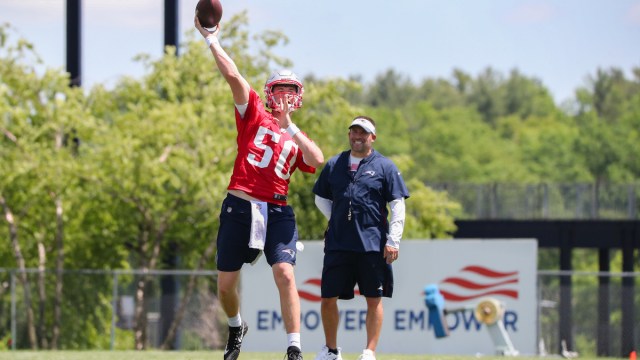