In case you missed it, Kyrie Irving on Tuesday accused Celtics fans of racism while speaking with reporters after the Brooklyn Nets’ playoff win over Boston.

Irving, surely headed for a rough reception this weekend at TD Garden, said he hoped there would be no “belligerence” or “subtle racism” from Celtics fans, and claimed the “world knows” racist heckling is common in Boston.

Such comments about Boston are nothing new, nor is the ensuing debate sparked by Irving’s remarks. However, during NBC Sports Boston’s postgame coverage Tuesday night, former Celtic Kendrick Perkins offered a counternarrative.

Here are his full comments:

I mean, to be honest, I know that Celtic fans are some of the best fans in the world. I played there 8 1/2 years. I lived there for 8 1/2 years. And, me, personally, I never dealt with any type of racism while I was living in Boston. That’s just me personally. I never dealt with it. I also came back as an opponent of the Celtics … and still, never experienced any racism, right? And I was always the guy that was all around the town and everything. It’s just, it’s always extra. It’s always extra with (Irving). I don’t even know why we’re surprised by this comment, right? … Just think about it. In New York the other night, the fans were chanting, ‘Eff Trae Young.’ So, like, that don’t mean that they’re racist. They’re just ruthless. They’re just cheering on they team. But, I mean, do we expect anything less than Kyrie to be extra about something? Like, seriously.

… You know what’s crazy? Let me say this: Now that I think about it, I’ve never heard any player while I was playing … we haven’t heard of any incidents of racism going on, not in my generation, where, like, they had a problem with fans in the stands being racist toward any African American athlete that has come into the Garden. Yeah, fans are gonna talk noise, but that’s everywhere, right? The only city that we’ve heard of anything being close to racism, as far as people saying racist stuff that got out of control … was Utah. We saw Utah fans actually get kicked out of the game for going at players like (Chris Paul) and Russell Westbrook and things to that nature. When was the last time a Celtic fan got kicked out of the game? It’s just so much, it’s almost like, ‘Aw, man, let me address this, let me switch the narrative real quick.’ … They’re gonna boo you, obviously, but just take it. At the end of the day, it’s part of it.

Now, while not an apples-to-apples counterpoint to what Perkins said, it’s worth noting Celtics guard Marcus Smart recently detailed incidents of alleged racism he’s dealt with in Boston, including outside TD Garden.

There are other athletes who have said things similar to what Irving said, as well as plenty who had similar experiences to Perkins.

Ultimately, all of this only further proves that racism at Boston sporting events — and at any sporting events, really — is a nuanced, complicated issue that is not one-size-fits-all. 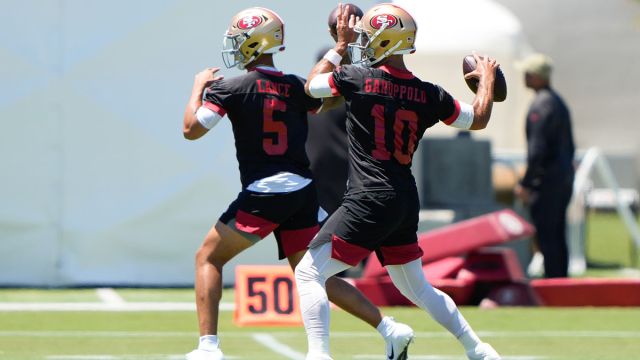 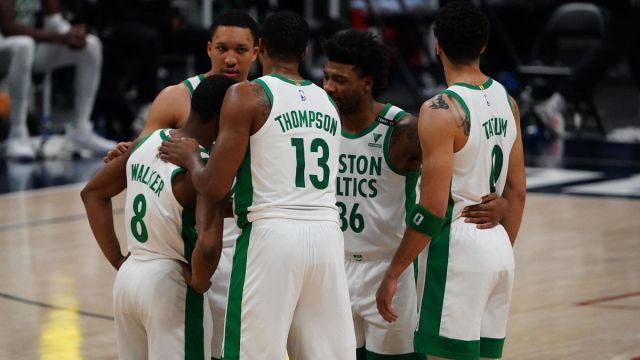 Why Kendrick Perkins Believes Celtics ‘Should Be Ashamed Of Themselves’