The NBA playoffs are all about avoiding the overreactions.

The Los Angeles Lakers ran into an absolute buzzsaw in their playoff opener against the Phoenix Suns. LeBron James went through the motions, Anthony Davis looked uninterested and the Lakers were clearly affected by the loudest crowd at a Suns basketball game in over a decade.

While Game 1 losses can be eye-opening, they are far from life-altering.

I covered the NBA playoffs for many years in Chicago and remember those young Bulls teams beating James multiple times in Game 1. The story always ended the same way, though, with the future Hall of Famer ripping their hearts out in Game 3 or 4 and winning the series in five or six games. Rinse, repeat.

James returned to Cleveland in 2015 and his Cavaliers dropped the first game of the Eastern Conference semifinals to the Bulls. As you can probably guess, the Cavs won that series, this time in six games.

So let’s not put too much stock into the Lakers losing the first game of a playoff series. James has never prioritized winning Game 1 and he’s actually 4-7 in his last 11 series openers. If anything, the loss gives you a tremendous opportunity to bet Los Angeles right now at essentially a pick ’em.

James loves to feel out his opponent and see what they’re working with before he flips the switch. I’ve seen this movie too many times. I already know how it ends.

“It’s almost like Floyd Mayweather’s strategy,” longtime Las Vegas oddsmaker Dave Sharapan told NESN. “This is what great athletes do. They let you show all the cards, then make the necessary adjustments. Mayweather lets you show the whole deck in the first round or two, and then he’s got you figured out. LeBron is the ultimate counter-puncher. You can win a game or two early in a series, but the end result is usually him winning.”

I expect Laker progression in so many ways in Game 2. You have to believe the Lakers will shoot better than 27 percent from three and that James will take more than 13 shots from the floor. He’s one of the best players ever at adjusting to the adjustments.

There is definitely betting value in the Lakers to win the series at -110. It’s paramount that you bet the right team at the right price. Let’s not forget, the first American sportsbook to hang a series price opened Lakers -300. There was an avalanche of Suns money that knocked that price to around Lakers -160 by tip on Sunday. It’s now -110 after just one game and I’m ready to jump in.

Oh yeah — James is 14-0 all-time in the first round of the NBA playoffs. 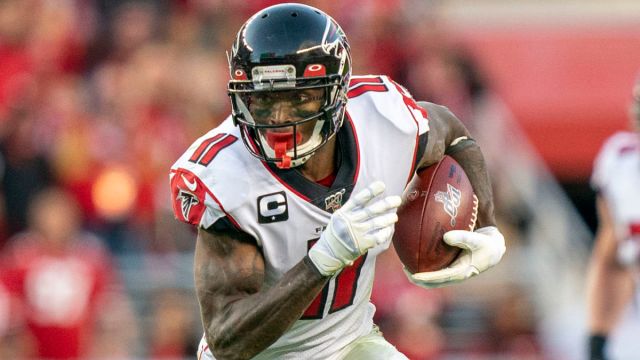 Are Patriots Likely To Trade For Julio Jones? NFL Writer Weighs In 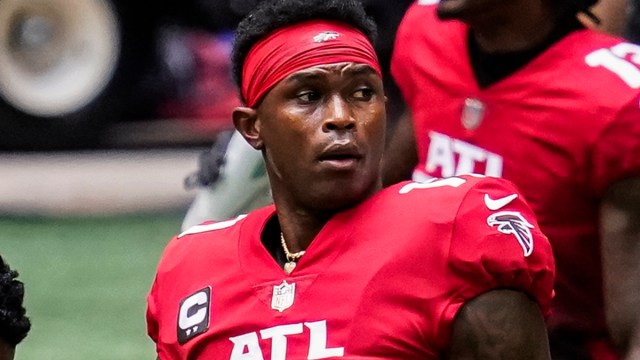 Julio Jones Confirms He Wants To Leave Falcons: ‘I’m Out Of There’