The Boston Celtics and Washington Wizards are set to battle it out in the NBA’s Play-In Tournament to clinch a spot in the playoffs.

The seventh-seeded Celtics may own the higher seed entering Tuesday’s Eastern Conference contest, but Washington is trending in a completely different direction, and rallied at the end of the season to clinch the eighth seed.

Regardless of the result, though, members of both teams have a lot to play for individually. And DraftKings Sportsbook, one night ahead of the play-in game, came up with a handful of player props regarding scoring contributions.

Here’s how we think they’ll play out:

Kemba Walker: Over/Under 24.5
Over — You’ll have to lay $118 to win $100 in this case, but Walker has looked healthy of late, and had racked up 30 points in three of his last four performances. And in starts where he’s fresh from resting a game, he’s noticeably played like his old self. Expect much of the same after Walker just got three games off to rest his knee.

Russell Westbrook: O/U 24.5
Under — A $125 bet will win you $100 when it comes to Westbrook. Boston has done a good job defending him, holding him to 16.3 points, 8.0 rebounds and 7.7 assists per game in three matchups, well below his season averages.

Marcus Smart: O/U 14.5
Under — Similar to Westbrook, you’ll have to bet $125 to win $100 here, but it could prove worth it as Smart was in a shooting slump over the last five games. He shot 35% from the field and 26% from deep during that stretch. But beyond that, the defensive heart of the Celtics will have his hands full against a backcourt with Bradley Beal and Russell Westbrook.

Bradley Beal: O/U 31.5
Over — This is relatively even money on Beal, who averaged 40.7 points in three games against the Celtics this season. With no Jaylen Brown, that defensive assignment only gets more complicated.

Evan Fournier: O/U 18.5
Over — We couldn’t turn down the plus money on Fournier here after going back-and-forth. Averaging 20.0 points, 4.7 assists and 4.0 rebounds over 32.5 minutes since Brown went down with an injury to never return, Fournier has been on fire shooting 57% from 3-point range. He should benefit from the increased opportunity and the Wizard’s lack of wing depth.

Jayson Tatum: O/U 32.5
Over — Tatum hasn’t played his best games against the Wizards, averaging 23 points per game in the season series, but we don’t think he goes out like that. And with what is essentially even money on the NBA All-Star, just trust our intuition here. 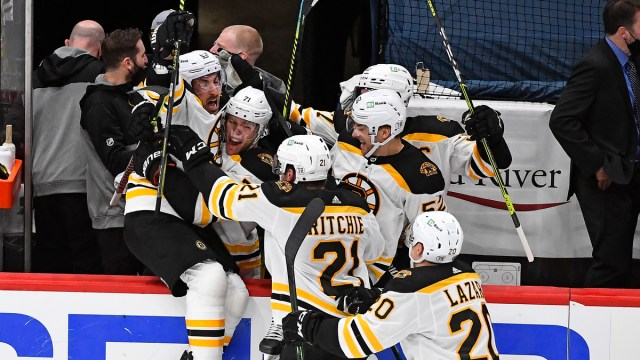