All this talk about quarterback Aaron Rodgers wanting to separate from the Green Bay Packers has set the NFL rumor mill on absolute fire.

There’s a lot of uncertainty as to where Green Bay will trade its future Hall of Fame gunslinger, but many believe Rodgers is all but out the door. Trying to pinpoint where he takes his next snap is a glorified game of pin the tail on the donkey, but if a trade does happen, the betting boards will explode.

Some American bookmakers have already shortened their odds on teams like the Denver Broncos. One shop was as high as 75-to-1 on Denver’s Super Bowl odds before Mark Schlereth dropped a bomb last week about a Rodgers to Denver deal being close to complete. You’re lucky if you find anything higher than 25-to-1 in the market at this very moment.

So what happens behind the counter of a sportsbook if Rodgers gets traded?

“Turn everything off,” WynnBET senior trading manager Alan Berg told NESN before a belly laugh. “That’s the first thing you would do. You stop the bets and reassess your risk. A player like Aaron Rodgers — a player of that magnitude — changes so much of the market. If he goes to the AFC South, he could flip that whole market if he becomes the starting quarterback of the Titans. You wouldn’t be able to keep the Colts the favorite.

“He would completely destroy division and conference odds wherever he goes,” Berg added.

The ripple effect is larger than you think. A bookmaker would immediately slash odds in the conference and Super Bowl markets for whatever team lands Rodgers. Then the puzzle piecing continues with the recalibration of the division market. Let’s pretend it’s Rodgers to Denver. Kansas City would still be the odds-on favorite, but Denver would likely leapfrog over Los Angeles.

The Packers are an interesting correction, too. Their win totals were mostly O/U 10.5 or 11 before all this madness began and most books have taken their Green Bay totals off the board. WynnBET won’t post totals until after the NFL schedule is released, but Berg already has an idea what he would do if Rodgers departed the frozen tundra.

“It’s minimum a full win drop-off if not 1.5 wins,” Berg opined. “They’re still in a division where they can get a decent quarterback in return and stay competitive. Green Bay can still be a 10-win team. But Minnesota and Chicago have the potential to be better.

“If the market says 9 on the Packers win total, I’ll be at 8.5 with heavy juice on the ‘Over,'” Berg said. “I want to write my first bets on ‘Over.’ Without Aaron Rodgers, the Packers are barely favored to win the NFC North. The Vikings and Bears are suddenly a lot more dangerous with No. 12 out of the way.”

It’s very rare an all-world NFL quarterback hits the open market, but we saw a similar situation back in 2012 when Hall of Famer Peyton Manning signed with — you guessed it — Denver.

“We definitely made adjustments to the Broncos when they brought in Peyton,” Berg recalled. “That particular team was loaded on defense, though. We were probably around the 15- or 20-to-1 range then moved in to 7-to-1. But this is way different if Rodgers ends up in Denver. I saw 75-to-1 on the Broncos last week before all these rumors started. They would probably settle at 10-to-1 or less if a deal gets done.”

“I really think he’s gone,” he admitted. “I don’t expect him to be back in Green Bay. They have really disrespected this guy for years and years. It never made any sense to me. He may not be the easiest person to deal with, but he’s an MVP candidate every year. You can’t find an Aaron Rodgers anywhere.

“The Packers are going to get a big trade offer and they won’t be able to say no,” Berg continued. “They’ll be able to build the team however they want. So I already raised the Packers from 9-to-1 to 18-to-1 and dropped the Broncos from 60 all the way to 18.

“You don’t want to take a dime bet on Denver at 60-to-1 odds. That can’t happen. Rodgers would completely change the dynamic of that team and when there’s smoke, there’s fire. You have to make the necessary adjustments to get ahead of a trade and the influx of bets.” 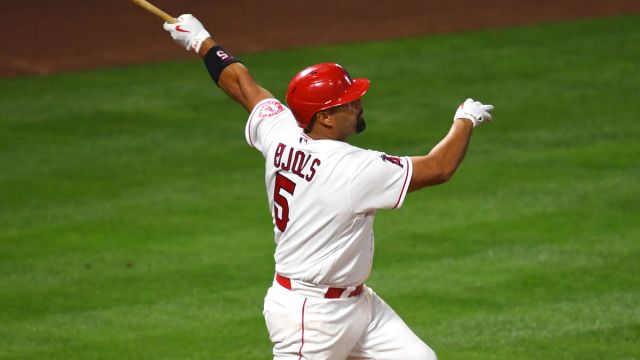 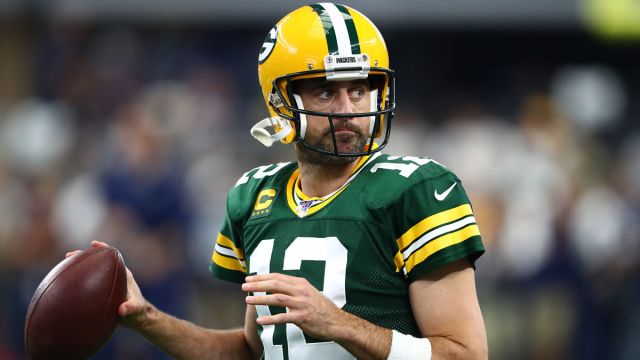