Josh Uche didn’t officially meet Mac Jones until a few days ago, when they exchanged pleasantries in the New England Patriots locker room.

Uche, a 2020 second-rounder, closed out his Michigan career by squaring off against a Jones-led Alabama squad in the Citrus Bowl. Jones piloted the Crimson Tide to a 35-13 victory in that game but paid a steep physical price, absorbing a number of thunderous hits from the Wolverines’ defense.

Uche, who finished with three quarterback hits in a losing effort, came away impressed. He couldn’t have predicted at the time that he and Jones one day would become NFL teammates, but he knew the future first-round pick was one tough customer.

“He was a tough kid, man. He was standing in that pocket. I remember a couple times I hit him, and I’m like, ‘I know he’s not getting up.’ (Then he) throws a dime the next play. So I’m happy he’s on our team.”

Uche drilled Jones from behind on one dropback, sending him careening headlong into his own offensive lineman. The biggest blow, though, came courtesy of Michigan defensive end Aidan Hutchinson, who planted Jones with a hit that twisted the QB’s helmet 90 degrees and fractured one of his molars (ouch).

Jones didn’t miss a snap. He finished with 327 passing yards, three touchdowns and no interceptions.

“I thought he was dead,” former Alabama receiver Mac Hereford told NFL Media’s Chase Goodbread in a pre-draft feature on Jones. “… (But) you can’t kill him. He looks over like, ‘Let’s go, what’s the next play?’ It was legendary.”

“He?s real poised,” Bledsoe said in his introductory conference call. “He has a good arm and he makes good decisions distributing the ball, so I’m glad I get to team up with him. I’m glad he?s on the opposite side of the ball. It’s going to be fun in practice going against him.

Jones participated in the Patriots’ rookie minicamp over the weekend. He’ll run through competitive drills against NFL defenders for the first time when New England begins organized team activities next week. 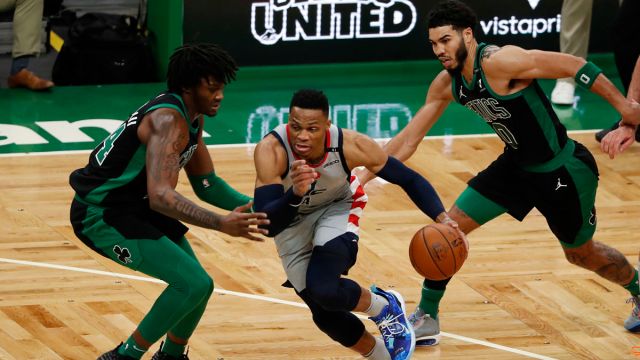 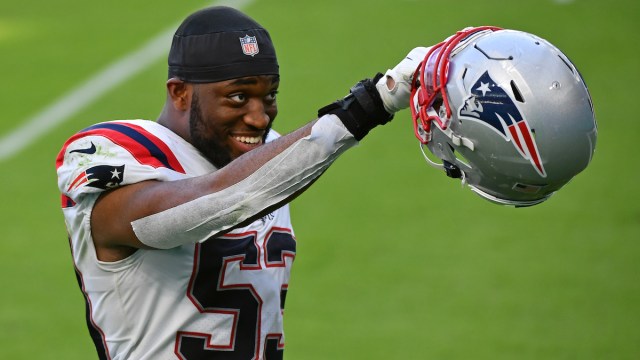