It was a shallow draft class, and the Patriots have limited spots on their 90-man roster, but it’s still shocking New England has only signed one undrafted free agent.

The Patriots finally added Michigan kicker Quinn Nordin on Wednesday. They still have six open spots on their roster, and Patriots fans are wondering how head coach Bill Belichick will fill them.

We’ll answer that and more in our Patriots mailbag. Watch above and read below.

@ForcePatriots
Do you think the Pats will pick up another receiver?
There’s definitely room on the depth chart (and roster) for another wide receiver.

The Patriots currently have six open roster spots and $15.5 million in cap space, per Miguel Benzan, or @PatsCap on Twitter. This is their current wide receiver depth chart:

It’s solid at the top there. Agholor caught 48 passes for 896 yards with eight touchdowns last season. Bourne caught 49 passes for 667 yards with two touchdowns, and Meyers caught 59 passes for 729 yards with no touchdowns in 2020. There are many stronger starting wide receiver corps in the NFL, but all three players are coming off of career seasons, so perhaps there’s an upward trajectory to follow there.

It drops off after Bourne, though. Harry has yet to prove himself in two NFL seasons. He caught just 33 passes for 309 yards with two touchdowns last season. Olszewski is primarily a punt returner with seven career receptions for 96 yards with a touchdown. Wilkerson and Zuber are intriguing developmental players but are clearly unproven. Nixon was a seventh-round pick, and Smith hasn’t played in an NFL game since 2019.

If Agholor, Bourne or Meyers got injured, Wilkerson, Zuber, Nixon or Smith would be a lock to make the roster. There’s some potential, and they’re all intriguing players, but you don’t necessarily want to put yourself in that situation entering training camp.

Adding another veteran wide receiver would make sense. Larry Fitzgerald, 37, is still out there, though there’s a question of whether he’d want to sign with New England. And what does he left in the tank? He caught 54 passes for 409 yards with one touchdown last season. Golden Tate, Chad Hansen, Dede Westbrook, Kenny Stills and Alshon Jeffery are also available. None would be locks to make the roster, but they would provide more depth.

Now, for a more exciting option:

@Rudens23
Is Julio Jones still a possibility for the Patriots to trade for, or do they not have the salary cap to make such a move? #MailDoug
“Possibility” is a relative term. The Patriots could make it happen, but it would take some post-acquisition cap maneuvering to have money left over for the season. New England still has over $15 million in cap space, and Jones’ cap hit in 2021 would be $15.3 million. The Patriots could convert that base salary into a signing bonus to make it all work relatively easily.

If the Patriots acquired the 32-year-old, it would probably push them into being legitimate Super Bowl contenders. If they can make it work, they should do it. But if Jones is available, he’d probably have plenty of suitors, likely driving up the trade price tag. He’s not worth a future first-round pick, but maybe a third or conditional second would do it.

I had other Patriots fans asking if New England should trade cornerback Stephon Gilmore for Jones. Dealing a draft pick — to keep the 2021 team strong and together — is the better short-term option.

@jtabsports
Hey Doug, how much run would you expect Barmore and Perkins to get in year 1? Feels like we have a lot of outside LBs and 2 good defensive tackles at the moment
Defensive tackle Christian Barmore, the Patriots’ second-round pick, should at least be used as a situational pass rusher in Year 1. He’s the defensive tackle with the most pass-rush ability on New England’s roster.

Perkins might not play much right away with Matt Judon and Kyle Van Noy blocking him. Even if Van Noy plays off-ball linebacker, then Chase Winovich, Josh Uche and Anfernee Jennings are still in the mix.

@IcyMetchie
Where do you see Uche playing (Off-the-ball??)
Do you think Herron is our future at RT?
Does Dugger transition to FS or stay a SS forever?
— The Patriots seemingly view Uche as an off-ball linebacker, but he could be used similarly to Dont’a Hightower as a third-down pass rusher, as well.

— Justin Herron showed some starting potential as a rookie, but he needs to make progress heading into his second season. Adding more strength will be key.

— Kyle Dugger probably has the speed to play free safety, but with his size (6-foot-1, 220 pounds), it would be ideal to keep him in the box and find another free safety, whether that’s Joshuah Bledsoe, moving a cornerback (Jonathan Jones?) or drafting someone in 2022.

Running back might be slightly worse depending on how well Rhamondre Stevenson and J.J. Taylor replace Rex Burkhead. There’s a case to be made that the starting offensive line got worse with Trent Brown replacing Joe Thuney, but the depth overall is better. Cornerback depth might have taken a slight hit with Jason McCourty leaving for the Miami Dolphins.

But overall, I’d say no position group got markedly worse this offseason.

@jack_tweeddale
Obviously Wino and Perkins are almost identical in measurables, but I?ve read that Wino is more of a pass rusher whereas Perkins can really set the edge. With all the additions to that front 7 do you think there is room for both in the future?
There’s room for both, but maybe not room for both as major contributors.

I’d wait until we see it on the field from Perkins. Winovich was extremely highly rated by PFF as a pass rusher and run defender, and so far, his ability to set the edge hasn’t translated to the NFL. So, we’ll have to see if it does for Perkins.

@tsar_bamba
why do people say mac jones has a low ceiling?
I think it’s probably his lack of mobility. I actually think he does still have potential based on his lack of arm strength. Arm strength can improve. We saw it from Tom Brady, and it’s pretty clear Mac Jones could still spend some valuable time in the weight room.

Lacking top-tier mobility does probably keep his ceiling lower than quarterbacks taken ahead of him, though.

@LarsPollmann
Given how it all played out, how would you personally have handled the first three rounds as GM? Including trades &cetera
I wouldn’t have done anything differently in the first and second rounds. Getting Jones and Barmore was as good of a return as anyone could have expected heading into the draft last Thursday night.

Perkins was a very good value late in the third round, but I might have tried to trade up to get offensive tackle Spencer Brown or take a player at a position of greater need like Michigan cornerback Ambry Thomas or linebacker Baron Browning.

But overall, the Patriots aced it. I gave the class an A- in our latest NESN Patriots Podcast.

@tom_steely
What if Stidham outperforms Cam and Mac in camp/preseason?
Then he’d probably start. But that seems extremely unlikely, and I’m not sure exactly what he would have to do to make that happen.

@timnaughton
With Brown out of contract next year should the Patriots have addressed that need earlier in the draft?
Not necessarily. The Patriots have options on their offensive line with Herron, Michael Onwenu and William Sherman as potential starting right tackles. The Patriots also proved this offseason that they can fill in immediate needs through free agency and trades. 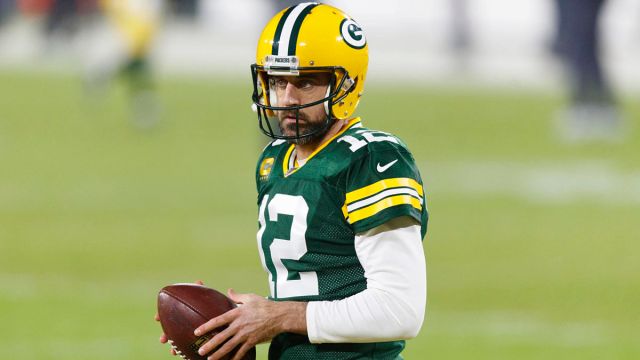