Mike Onwenu is projected to be the New England Patriots’ starting left guard in 2021, but the second-year pro is still taking reps at offensive tackle early in organized team activities.

Onwenu, who only played guard in college at Michigan, started games at left guard, right guard and right tackle as a rookie sixth-round pick in 2020. Patriots longtime starting left guard Joe Thuney signed with the Kansas City Chiefs in free agency, and New England traded for offensive tackle Trent Brown. The Patriots are expected to start Isaiah Wynn at left tackle, Onwenu at left guard, David Andrews at center, Shaq Mason at right guard and Brown at right tackle in 2021.

Onwenu said he’s not focusing on one position this offseason.

“The general rules will lead you and carry you along in the season, whatever position-wise,” Onwenu said Tuesday on a video conference call with the media. “As long as I’m doing the technique that my coaches are teaching I think anywhere that I am, I’ll be pretty good using the same techniques.”

Onwenu said he doesn’t have a preference between playing guard and tackle.

“I’ve been repping both — repping every position throughout our drills and individuals,” Onwenu said. “Just kind of just one of those things where we’ll see how it is when it happens.”

It makes sense for Onwenu to practice both guard and tackle because he’d probably shift over to right tackle if Wynn or Brown go down with an injury. Patriots top reserve Ted Karras then likely would enter the game at guard for Onwenu.

New England also has 2020 sixth-round pick Justin Herron as a potential swing tackle on their bench. 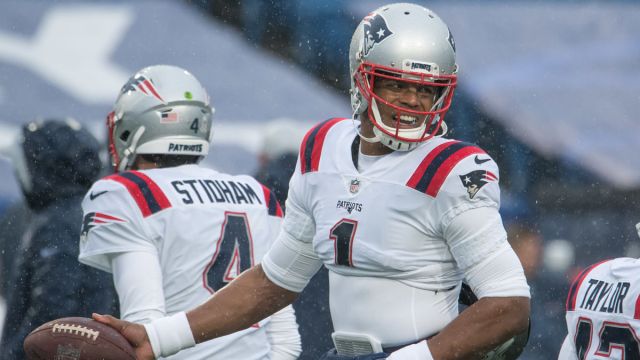