Patriots Post-Draft 53-Man Roster Projection: How Many Rookies Make It? Skip to content

Trimming the New England Patriots’ roster will be a tough task for head coach Bill Belichick this summer.

The Patriots splurged in free agency and put together a loaded 2021 NFL Draft class.

Here’s our best attempt to whittle the Patriots’ 2021 roster from 83 players down to 53:

We probably could have made this entire exercise easier if we only kept Jones and Newton. But Bill Belichick likes security at the quarterback position, so it definitely would not be surprising to see Stidham stick around for another year.

This is assuming Newton is the Patriots’ Week 1 starter. If it’s Jones, then the entire group might get a reshuffling.

We have Brandon Bolden off the roster at this point. In 2017, the Patriots cut Bolden and then re-signed him two days later after placing players on injured reserve. It would cost the Patriots $500,000 in dead cap but that might be a better option than the risk of losing a younger player on waivers while going through that process.

This is still an area that seems like it could use an upgrade, but remember New England will have two tight ends on the field for the majority of offensive snaps. The Patriots could still look to add a veteran like Golden Tate, Dede Westbrook or Damiere Byrd, but they also have some intriguing depth with Kristian Wilkerson and Tre Nixon on the outside looking in at this group.

You’ll probably notice at this point that we don’t have fullback Jakob Johnson on the list. That’s not an oversight. New England has received a roster exemption for Johnson, for now, but that does not carry over into the regular season. The Patriots will run the majority of their offense in two tight-end sets this season, reducing the need for a fullback. Think we’re crazy? Check the Patriots’ rosters from 2010 to 2012 when Rob Gronkowski and Aaron Hernandez were being deployed in two tight-end sets. No full-time fullback.

If 2013, after Hernandez’s arrest and subsequent release, fullback James Develin came in and played 369 offensive snaps.

All of this is to say the Patriots can figure it out at fullback without a full-time player at the position in a two-tight end offense. They can shift the responsibilities of an extra blocker over to one of their tight ends. Smith and Henry will probably see some backfield snaps, and when the Patriots need a true lead blocker, then Keene or an offensive lineman can go into the backfield.

The Patriots needed to reshape this group, and that’s exactly what they did by adding Anderson, Barmore and Godchaux while brining back Guy and Wise.

This looks light, but remember that Dont’a Hightower, Anfernee Jennings and Josh Uche can contribute on the edge.

Terez Hall was a tough cut after he flashed in 2020. It’s possible he could beat out Bentley or Jennings for a roster spot.

Van Noy can also move to off-ball linebacker full time. Winovich and Judon have experience in the box, as well.

This is another position New England could look to upgrade in free agency. Jason McCourty is still available, and the Patriots have six open spots on their roster.

The Patriots can keep just four safeties since Bryant, Jones and Williams can all play the position. Special-teamer Cody Davis only played two snaps at safety last season for New England but took on a greater defensive role in past stops with the Jacksonville Jaguars and Los Angeles Rams.

If we’re being realistic, even including Bolden, the Patriots will probably keep one more core special-teamer. The top options are Brandon King and LaRoy Reynolds. King has missed two full seasons after tearing his quad in 2019, so we’re unsure on his status. He remains on the roster, however.

Like Bolden, they are initial cut candidates who could be brought back after a player is placed on injured reserve.

Rookie linebacker Cameron McGrone tore his ACL in November and is a candidate to begin the season on the PUP list.

Bolden, and either King or Reynolds are candidates to stick around in some capacity for special teams. The Patriots could use McMillan for more depth at linebacker. McMillan also could beat out Hall, Bentley or Jennings.

We have five (Jones, Barmore, Perkins, Stevenson and Sherman) of the Patriots’ eight-man draft class making the roster with McGrone starting on the PUP list and Nixon and Bledsoe currently on the outside looking in. The Patriots have yet to sign any undrafted free agents. 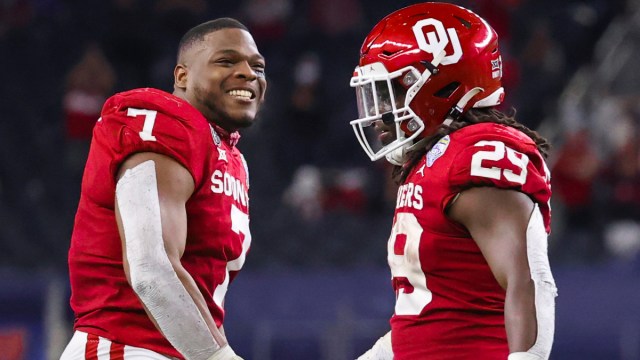