It took until the final round of the 2021 NFL Draft, but the New England Patriots finally grabbed a wide receiver Saturday afternoon.

The Patriots selected UCF wideout Tre Nixon with pick No. 242 in the seventh round — their eighth and final 2021 selection.

Nixon, who initially played at Ole Miss before transferring in 2018, averaged 15.3 yards per catch over his college career and tested well at his pro day, running a 4.44-second 40-yard dash with a 4.25-second short shuttle and a 6.81-second three-cone at 6 feet, 187 pounds. His 125-inch broad jump also ranked in the 78th percentile among wideouts.

NFL Media’s Lance Zierlein called Nixon a “dangerous three-level talent with speed and short-area athleticism to play inside or outside as a pro,” comparing him to Carolina Panthers receiver Robby Anderson.

Nixon’s downsides include inconsistent hands (13 drops on 108 targets over the last three seasons, per The Athletic’s Dane Brugler) and a lack of special teams experience, which could hinder his path to a roster spot.

Receiver was viewed as a position of need for the Patriots entering the draft, but they waited until deep into Day 3 to select one. Nixon will battle for reps in a receiving corps that features Nelson Agholor, Kendrick Bourne, Jakobi Meyers, N’Keal Harry, Gunner Olszewski, Isaiah Zuber, Kristian Wilkerson and Devin Smith. 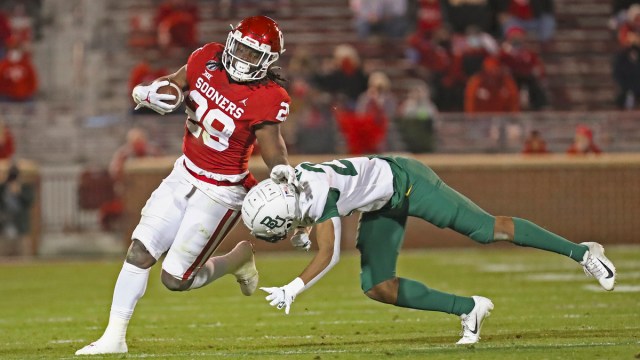