There’s a pretty good chance the weather at this weekend’s PGA Championship is absolutely menacing. If that’s the case, all bets are off as to who might win.

Golf’s second major invades the Ocean Course at Kiawah Island, as the PGA runs it back from 2012 where Rory McIlroy won it going away. McIlroy cruised to an eight-shot lead, but his 13-under tournament score wasn’t a great representation of how the course played.

Only 20 players finished below par for the weekend, and even McIlroy himself shot a second-round 75. David Lynn, who finished in second place, was 3-over entering the weekend ? yet he still made the cut by four strokes.

The Pete Dye-designed course is tough enough as it is, but throw in wind gusts off the Atlantic Ocean, and all hell can break loose. If we get that this week, it will make things fascinating. It also will make the play unpredictable.

Be that as it may, that’s not stopping us from power-ranking the contenders to win the PGA Championship.

14. Keegan Bradley (80-1): A long shot, sure. But he was awesome here in 2012, and he fits all the models. He also comes in with fine form, and he’s arguably the best around-the-green player in the field.

13. Webb Simpson (42-1): He’s certainly not the longest, but that hasn’t stopped him from having success at a place like Augusta National, where he just finished 12th. He also plays well on the water, is good with his long irons and avoids bogeys. One of a handful who would benefit from weather.

12. Tony Finau (40-1): His lack of wins is what starts the Finau conversation, but eight top-10 finishes in his last 12 majors is absurd. It’ll happen at some point.

11. Patrick Cantlay (45-1): At those odds, he might be the best bet on the board. Cantlay ranks very high on our model (fifth, in fact) with his ability to do everything well. His biggest issue might be driving accuracy, but if he can get the ball up around the green, he’s very good with a wedge in his hands. Cantlay is riding four straight missed cuts, which isn’t great!

10. Viktor Hovland (22-1): Over the last 24 rounds, he ranks third in strokes gained off the tee and 12th in approach. Hovland’s biggest issue is his around-the-green, but he’s made improvements there. He’s also a microwave guy who can heat up in an instant.

8. Bryson DeChambeau (19-1): If the wind is a relative non-factor, Bryson probably should be the prohibitive favorite with how he can overpower a golf course. If the wind does blow, though, how might it affect his meticulous, detail-oriented approach?

7. Dustin Johnson (18-1): Is he healthy? Johnson withdrew last week with a knee injury, and there are some eyebrow-raising things going on this week. But he hits it long and is the best player on the planet when he’s got it locked in. He’s also South Carolina born and bred, while playing his college golf at Coastal Carolina.

6. Daniel Berger (30-1): He’s our main pick to win for a reason. Berger checks all the boxes in addition to having some coastal success, winning at Pebble following top-10 finishes in Hawaii. He also hits the ball a lot lower than most superstars, a potential game-changer if the wind howls.

5. Collin Morikawa (30-1): The defending PGA Championship winner and maybe the best approach player in the field, especially if he gets hot, and then he goes unconscious. His long irons are also fantastic, which will be extremely important on the longest course in major championship history.

4. Justin Thomas (16-1): If it’s a ball-striker’s week, which everyone believes, few do it better than JT. Putting will be the big question, but if he’s stuffing everything within 20 feet, it might not matter.

3. Jordan Spieth (18-1): What an insane run Spieth is on. Dating back to Phoenix, he has six top-10 finishes in eight starts, finishing fourth or better in five of those. The approach game speaks for itself, but Spieth has made incredible improvements off the tee, and his around-the-green touch makes him a popular pick.

2. Jon Rahm (15-1): The big Spaniard landed at No. 1 on the Masters power rankings and finished in a tie for fifth on the strength of a Sunday 67. That sort of quick-strike ability, especially if the weather acts up, means he’s never dead. He’s one of the best in the world off the tee, which is crucial this week.

1. Rory McIlroy (11-1): He found his game in a heartbeat, huh? After a brutal performance at The Players and another missed cut at the Masters, Rory won at Wells Fargo two weeks ago. The game fits, he’s won the PGA Championship here before and he’s as confident as he’s been in a while, presumably. 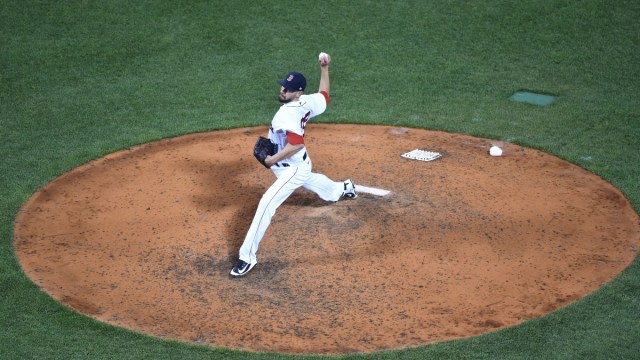 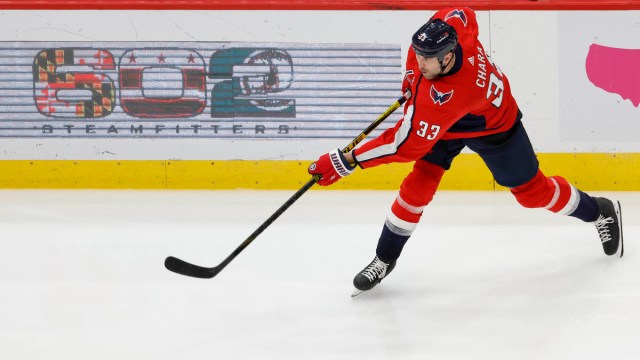