The Boston Red Sox are in a slump.

With a 4-1 loss on Wednesday in their second game against Oakland, the offense handed the three-game set to the Athletics, dropping just their third series of the year.

It was also the Red Sox’s third consecutive loss, and in those previous three games, they’ve recorded just four runs and 13 hits. They got one run on five hits Wednesday while stranding eight runners on base.

“We’re just in a slump right now as a team,” Xander Bogaerts said on a postgame video conference after the loss. “We have some guys that are getting their hits and some guys that aren’t, you know, and as I said the other day, it’s kind of hard to have nine guys clicking at the same time. We have to do a better job of putting the ball in play when these guys on base, a lot of traffic on the base. It started with me, that first inning I kind of messed up the whole game, starting from there. I got to do a better job.”

Boston did score first in the bottom of the first, but with bases loaded, Bogaerts struck out swinging and Rafael Devers popped up to give Oakland back-to-back outs. Christian Vázquez was walked next to bring in a run, but another strikeout — this time from Hunter Renfroe — ended the inning.

J.D. Martinez and Devers had a hit apiece, and Marwin González continued to look good in the leadoff spot with two, but usual contributors like Bogaerts, Alex Verdugo and Vázquez went hitless.

“When the big boys are not swinging the bat, the other guys have to contribute too, right?” manager Alex Cora said on a postgame video conference. “Xander and Alex and J.D. and Rafi are going to go through some slumps or streaks, whatever, and we have to pick them up.”

Here are some other notes from Boston’s loss to Oakland:

— Eduardo Rodriguez’s start wasn’t his strongest, but it was his first loss on the mound in 2020.

He gave up four earned runs off four hits, a walk and a balk in the top of the fifth inning that felt like the biggest difference.

“I feel the most upset about the balk, you know? That’s the one that really got me in the hole to start today,” Rodriguez said after the game.

But beyond that mishap, Rodriguez struck out nine batters, throwing 63 of his 99 pitches for strikes and making a bit of a breakthrough with his velocity.

“I feel really good today,” the ace said. “I will say for the first time in all the starts that I’ve had, I really feel that I had a fastball back. I feel really strong to throw it and you guys see that I threw in a lot today. So that’s a big pro to me.”

— Hunter Renfroe hosed Matt Chapman down in a big way when the Athletics third baseman tried to stretch a triple in the top of the second. Picking up a ball hit deep to center off the wall, Renfroe launched it to third where Devers got the tag.

It was his 10th outfield assist of the season, which is the most of anyone in the Major Leagues, and the throw reached 92 mph. Sheesh.

“That’s what he does,” Cora said of Renfroe. “We’ve been talking about his defense since Day 1, even in spring training, and he finds a way to be where he’s supposed to be. He’s very responsible. It starts in batting practice with his preparation and, you know, he saw the play, he got there on time. And as soon as he threw it I was like, ‘There’s a good chance it’s gonna be out.’ He’s that good in the outfield.”

— Relief pitcher Eduard Bazardo had a solid debut at Fenway Park. In his second Major League appearance, the righty struck out two batters in two scoreless innings, tossing 19 of 28 pitches for strikes.

— Starting pitcher Nick Pivetta was added to the COVID-19 related injured list ahead of Wednesday’s game thanks to side effects from the vaccine. It remains to be determined whether or not he’ll be ready for his scheduled start Friday.

“Nick is not feeling great after the second shot, hopefully he can be ok for this next start.”

If he’s not ready, Matt Andriese or Garrett Richards are available to take the mound, but they’re going to see how things go with Pivetta.

— One more game against the Athletics on Thursday will allow the Red Sox to try an avoid the sweep. First pitch is at 7:10 p.m. ET. 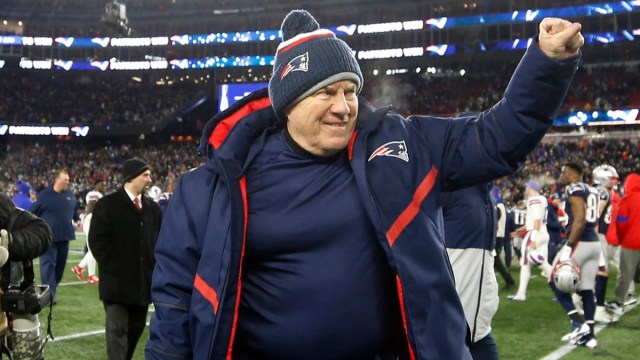 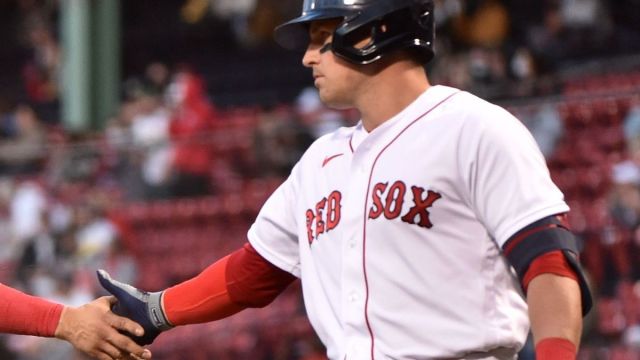