The Red Sox came away with the series, but the Baltimore Orioles spoiled Boston’s sweep of the four-game set with a 4-1 win Monday at Camden Yards.

J.D. Martinez had two hits, but Boston’s bats were otherwise quiet (four hits) in support of Martín Pérez, who looked solid through five innings but was pulled after just 74 pitches.

Reliever Matt Andriese took the loss as Boston fell to 22-14. The Sox still have a small cushion atop the American League East, but the four-game win streak is snapped.

ON THE MOUND
— Pérez, searching for his first win in seven starts, didn’t find it on Monday.

After a fairly quick 1-2-3 first inning, the lefty gave up a home run to leadoff hitter Ryan Mountcastle in the bottom of the second. He struck out two straight to get out of the jam and finished with a solid five innings of work save for the homer.

He gave up the one earned run in addition to four hits and a walk with four strikeouts. His pitch count was low at just 74, 53 of which were strikes.

— It was a tough go for Andriese, who relieved Pérez in the sixth, but Trey Mancini crushed the fourth pitch he saw for a home run to center. Save for a single, that was all the damage done there, and the Red Sox trusted him back out for the seventh and eighth.

In the bottom of the eighth, though, Andriese gave up a triple in which Cedric Mullins was assisted by an awkward bobble from Xander Bogaerts in shallow left. Mullins scored after Andriese gave up a walk and a single, and the Red Sox put it in the hands of their closer early.

Ultimately, Andriese only finished two innings, giving up three earned off four hits and a walk while striking out two.

— Phillips Valdez took over in the eighth and struck out the first batter he saw, but an inherited runner scored after an Orioles single and sacrifice fly. He didn’t need to come back out for the ninth, unfortunately.

IN THE BATTER’S BOX
— Rafael Devers batted in his 29th RBI of the season with a sacrifice pop-up to tie the game in the fourth.

J.D. Martinez singled to get on, and Boston saw runners on first and second after Xander Bogaerts got hit by a pitch. Both advanced to scoring position on a wild pitch by López and thanks to Devers, Martinez managed to make it all the way around.

— Martinez was the only member of the Red Sox to record a multi-hit game, going 2-for-4 with a run.

–Bogaerts and Renfroe were the only other players to record hits for Boston on Monday.

UP NEXT
The Red Sox head back home to Boston to host the Oakland Athletics for a three-game set, with first pitch slated for 7:10 p.m. ET on Tuesday. Fenway Park will have an increased fan capacity of 25%. 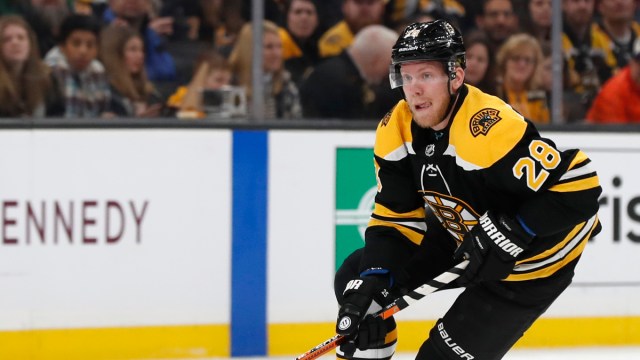 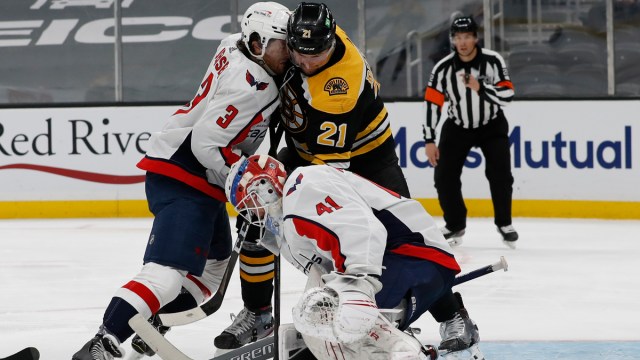