The Boston Red Sox were down a run to the Atlanta Braves with thunderstorms threatening at Fenway Park, but Rafael Devers made sure they took the lead before the game was temporarily postponed in the top of the seventh.

The Red Sox home run leader went yard in the fourth to tie the game, and re-took the lead with a double in the sixth to give him three RBIs on the day. Two from Christian Vázquez immediately after (he finished with three) gave Boston a three run lead before an almost three-hour rain delay served as a really long seventh-inning stretch. Boston scored two runs when play resumed for the eventual 9-5 victory.

Nick Pivetta remains undefeated on the mound in six decisions this season, recording nine strikeouts in six innings with a big lift from the clutch hitting.

Boston improves to 30-20 on the season, splitting the two-game series against Atlanta.

GAME IN A WORD
Timely.

Boston used a big sixth inning to steal the lead just before the rain came.

ON THE MOUND
— Nick Pivetta got the start and struggled early. Fortunately, he settled into his game to improve to 6-0 with the help of his offense.

The right-hander gave up two runs in the first and one in the second before a solo home run in the fifth counted for the fourth Braves run.

Overall, Pivetta threw six full innings while giving up the four earned off seven hits and two walks. He struck out nine, throwing 68 of his 102 pitches for strike.

He was pitching to Ronald Acuña Jr. in the seventh when the rain started, but wouldn’t finish the at bat.

— Josh Taylor came in to get two outs after an almost three-hour rain delay allowing no hits in the seventh.

— Red Sox manager Alex Cora went to right-handed reliever Adam Ottavino for the last out of the seventh and the entire eighth. His outing saw no baserunners.

— With some insurance runs in the bottom of the eighth, Matt Andriese came in for the ninth. After recording one out, he gave up a homer to William Contreras and a single to Acuña. Then Cora made another pitching change.

— Matt Barnes took over and the Red Sox turned a double play to close out the win.

IN THE BATTER’S BOX
— Hunter Renfroe was busy in right field the first two innings before getting the Red Sox on the board in the bottom of the second. He had the first hit of the night for Boston, which happened to be a solo homer to left.

— Rafael Devers tied the game up at 3-3 with his 14th home run of the season — a two-run shot that scored Xander Bogaerts, who reached on a walk.

— The sixth inning was eventful, to say the least.

Boston put up four runs in the bottom of the frame after Alex Verdugo and J.D. Martinez got them going with back-to-back singles and only one out.

A wild pitch saw both runners advance, setting up Devers for an RBI-double that scored Martinez and took the lead back. Danny Santana was walked two batters later, and Christian Vázquez brought in Bogaerts and Devers to add insurance. Make that 7-4, Red Sox.

— Bogaerts walked to start the eighth and advanced to third thanks to a ground rule double from Renfroe. Santana then made hard contact with a ball that helped Bogaerts score, and it became a 9-4 game after a sacrifice RBI from Vázquez — his third of the game.

— Devers finished 2-for-4 with three RBI and two runs.

UP NEXT
The Red Sox are off Thursday, but remain home for three more days to host the Miami Marlins. First pitch Friday is at 7:10 p.m. But on Saturday, Boston will welcome its fans back to Fenway Park at full capacity. 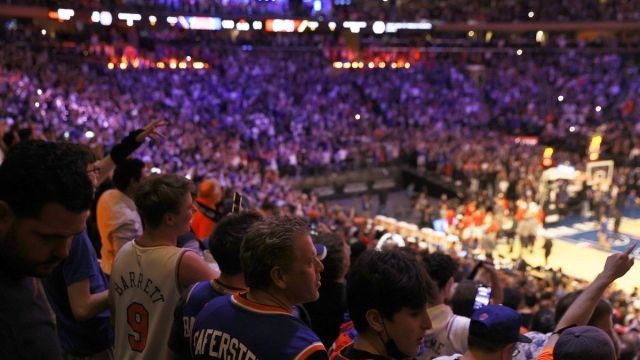 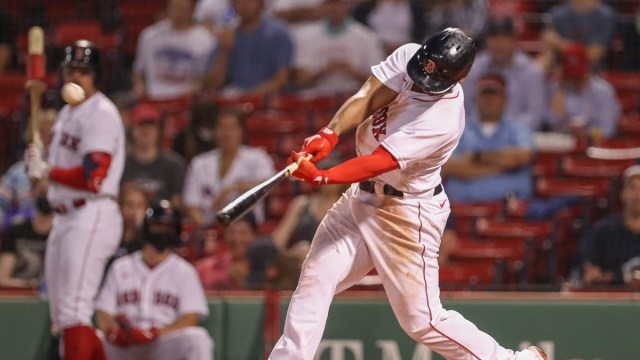