In a class that garnered high marks in draft grades across the internet, the New England Patriots’ best bargain might have been Oklahoma defensive end Ronnie Perkins in the third round.

Perkins, at 6-foot-3, 253 pounds, looks more like a Patriots inside linebacker than an edge defender, but he’s a complete prospect with the potential to be New England’s best pick in the 2021 NFL Draft.

He fell under the radar during draft season for three reasons:

2. He only played six games in 2020 as he finished out a six-game suspension for failing a drug test (reportedly marijuana) late in the 2019 season.

3. He tested poorly. His 4.71-second 40-yard dash and 9-feet, 7-inch broad jump were average but his 4.69-second short shuttle ranks in the 8th percentile of NFL edge defenders, and his 32-inch vertical leap is in just the 37th percentile.

But Perkins, who’s only 21 years old, plays bigger and faster than his size and testing numbers, and he was a complete defender as a junior in 2020 before declaring for the draft, albeit in a small sample size. Perkins had unimpressive measurables, but his tape stands out in a big way.

Among drafted edge defenders, Perkins ranked third in PFF’s pass-rush win rate metric with 5.5 sacks, 10 QB hits and 19 hurries in 2020, and first in PFF’s run-stop rate metric with 13 run stops on the season.

Perkins does a nice job of using his hands to punch away grabby offensive tackles while rushing the quarterback off the edge. Despite his subpar testing numbers, Perkins (No. 7) showed impressive agility rounding corners and good closing speed to finish.

He had a tendency to occasionally run past quarterbacks but generally did a nice job of keeping the passer contained in the pocket. He looked natural on stunts and games and his vision and instincts were on display while picking the correct gaps to shoot. The St. Louis native was virtually unblockable in his second game back from suspension against a below-average Kansas offensive line that was barely getting in the way as Perkins registered 1.5 sacks and a tackle for loss.

Perkins’ entire next game against Oklahoma State also essentially looks like a highlight reel for the talented edge rusher with two sacks and a tackle for loss. He didn’t play every snap for Oklahoma and would rotate series’ between three-down duties and as a third-down pass rusher.

One of Perkins’ top traits as a run defender is his ability to wade through traffic and be completely unfazed by blockers.

He would barely react as bigger pulling guards would attempt to block him and continue on his route to make a big stop like they were toddlers running into his leg at a Chuck E. Cheese.

Perkins’ first game back from his suspension came against Texas Tech, and he did look slightly rusty in his return to action. But as the game went along, it was easy to tell that Perkins got more comfortable, and his natural instincts started to kick in.

It will be interesting to see exactly how Perkins fits into the Patriots’ defense, because 2019 third-round pick Chase Winovich was similarly productive as a pass-rusher and run-stopper in college at Michigan, and it was difficult for him to carve out a consistent role in New England last season. Perkins is slightly more stout, however, and despite being just one pound heavier than Winovich at their respective pro days, he does seem to play with better strength and balance. It’s doubtful that Perkins will play exclusively as a hand-in-the-dirt defensive end with New England. He did stand up on the edge at Oklahoma, but he would rarely drop into coverage. He’ll need to become more comfortable in that role if he’s going to start.

Using Winovich as an example, Perkins also needs to be dependable setting the edge in the running game. He seems to have the strength, but he’ll need to stay disciplined, however, and not take chances in hopes of piling up big plays. The Patriots’ “Do Your Job” defense isn’t predicated on that.

As a result of Perkins’ size, some might wonder if a move to linebacker is in store for the talented defender. He could probably do it. He was successful rushing the quarterback from the middle of the defense, wades through traffic well and has a nose for the football, but he basically has no experience in the role. He played just 22 total snaps off the line of scrimmage during his college career, per PFF. It would be a lengthy transition to move Perkins to linebacker, and he appears to have a very bright future at defensive end. Transitioning college players from the edge to off-ball linebacker rarely works.

In New England, Perkins has to prove he won’t overextend himself as a pass rusher, and he had interesting back-to-back snaps against Florida in Oklahoma’s final game of the 2020 season.

Perkins ran past Florida quarterback Kyle Trask on the first play and allowed him to step up into the pocket (he was sacked anyway). On the very next snap, Perkins took a more direct approach to bring pressure and forced an errant throw from Trask.

Based purely on Perkins’ 2020 film, he’s a first- or second-round talent and could wind up being the best player in New England’s draft class. He’s that good and complete and makes big plays all over the field. Those other reasons we mentioned above are why he dropped: size, testing numbers and an unfortunate senior season.

He enters a loaded Patriots front seven that includes fellow edge defenders Winovich, Matt Judon, Kyle Van Noy, Deatrich Wise, Rashod Berry and Tashawn Bower, as well as pass-rush options Christian Barmore and Davon Godchaux on the defensive line and Dont’a Hightower, Anfernee Jennings and Josh Uche at linebacker. There’s not a direct path for much playing time as a rookie unless Perkins forces the issue in training camp and the preseason. That’s a distinct possibility. The Patriots have some flexibility in their front seven. Hightower and Judon are locks to start, but if Uche, Jennings or Ja’Whaun Bentley can’t lock down the other starting inside linebacker spot, then Van Noy could move from the edge. That would leave an open spot across from Judon at outside linebacker for Winovich, Uche, Jennings, Perkins or someone else.

There’s also the possibility that Perkins takes on a greater role in Year 2. That’s what happened to 2015 fourth-round pick Trey Flowers, who essentially redshirted as a rookie.

Finding and excelling in a role on the Patriots in Year 1 is not easy for most players. Perkins won’t be able to improvise as much in New England as he did at Oklahoma to make many of his big plays. But he’s an explosive pass rusher and run defender who could make a major impact in the Patriots’ defense. 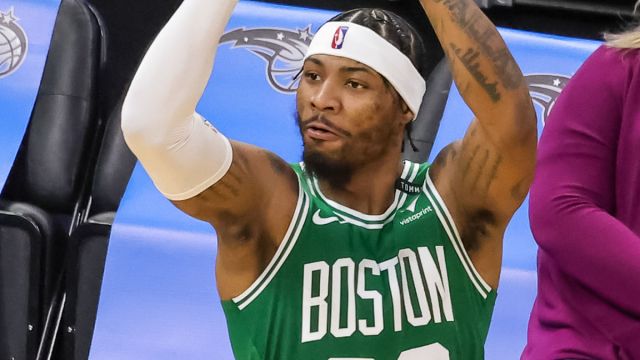 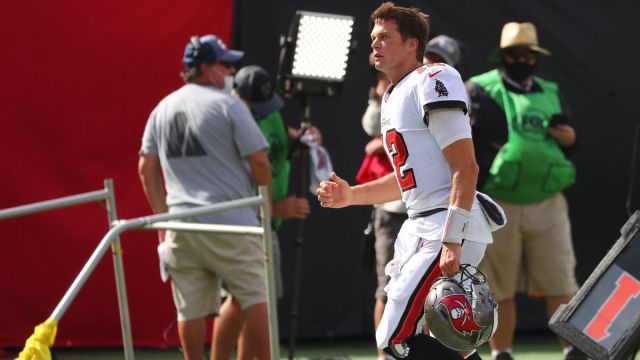