Taylor Hall has played like a man possessed since joining the Bruins, and Boston might have one of its veteran leaders to thank in part.

Hall netted two goals, including the overtime winner, in the Bruins’ 3-2 triumph over the New York Islanders on Monday at TD Garden. The 2018 Hart Trophy winner now has 14 points (eight goals) over 16 games with the B’s, and he’s playing some of the best two-way hockey of his career as we inch closer to the start of the 2021 Stanley Cup playoffs.

Speaking with the media after Monday’s game, Hall touched on the night-and-day difference of playing with and without confidence. The 11th-year pro isn’t exactly sure when or how he struck fire with the Black and Gold, but he believes Brad Marchand might have something to do with it.

“I mean, confidence is such a special thing in sports,” Hall told reporters, per the Bruins. “When you have it, you don’t even really know you have it. When you don’t have confidence, it’s certainly apparent. I can’t really say what the turning point was or anything, but when I watch a guy like Marchand play and the things he does out there, I think that was a really great thing for me, to watch him play.

“To see how hard he is on pucks, to see how many times he gives a second effort to get a puck back or make a play on D or on offense. He’s been a guy our whole roster feeds off of. For me personally, to see how he plays, I know I can play a similar style. It’s almost like you watch someone do it, and then you’re like, ‘OK, I can do that.’ That was a little thing.”

With limited postseason experience under his belt, Hall surely will continue to turn to Marchand as he tries to help the Bruins achieve their ultimate goal. 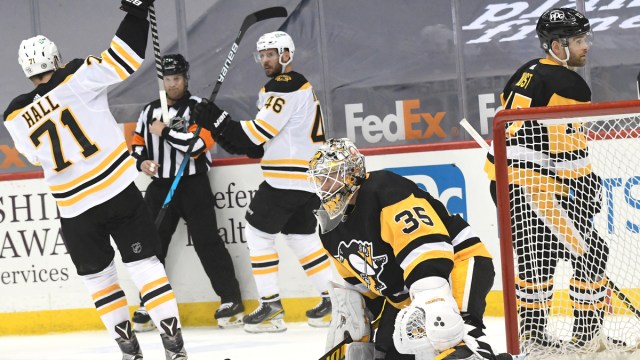 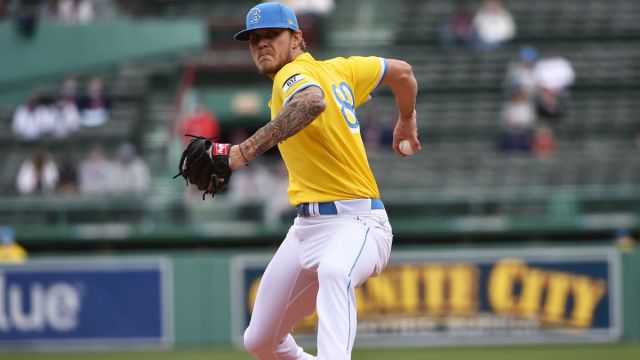