The TD Garden has released a statement after an incident Sunday night in which a Boston Celtics fan threw a water bottle at Brooklyn Nets guard Kyrie Irving as he was exiting the court.

The incident came after Brooklyn’s 141-126 Game 4 win over the Celtics in the first-round of the NBA playoff series.

The following was included in a statement by TD Garden, as reported by ESPN’s Tim Bontemps:

A guest was arrested by Boston Police at the end of tonight’s Boston Celtics game for throwing an object. We will support and provide assistance to Boston Police as this incident is under review. We have zero tolerance for violations of our guest code of conduct, and the guest is subject to a lifetime ban from TD Garden.

Celtics guard Marcus Smart and Jayson Tatum each responded to the incident, but wanted to make it clear one irresponsible fan did not represent the entire crowd at TD Garden.

Both Irving and teammate Kevin Durant also reacted to the incident calling for fans to take more accountability and treat players with more respect. It is, of note, one of a number of incidents involving NBA fans since the return from the COVID-10 pandemic.

Boston will travel back to Brooklyn for Game 5 of the first-round series, which is scheduled for Tuesday. The Nets hold a 3-1 lead in the best-of-seven series. 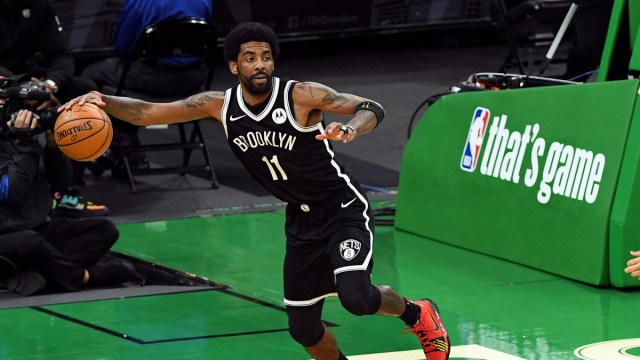 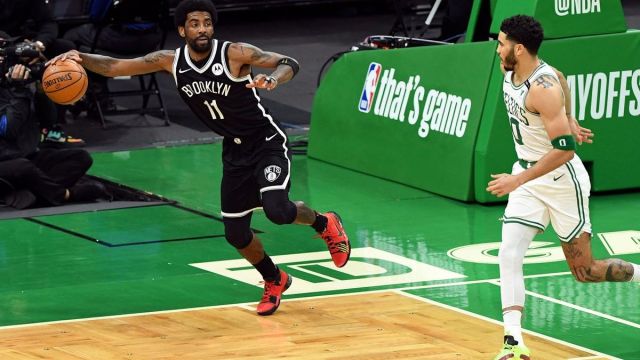