Tom Brady clearly — and understandably — still isn’t over what happened on Feb. 3, 2008.

As you surely know, the New England Patriots began the 2007 campaign a perfect 18-0 before falling to the New York Giants in Super Bowl XLII. Brady since has won four additional Lombardi Trophies, raising his career total to seven, but the missed opportunity over a decade ago still haunts him.

During the NFL’s “Draft-a-Thon” production, the 43-year-old was asked whether he’d trade two Super Bowl rings for an undefeated season.

The question, of course, is which Super Bowl championships would Brady part with? Would he include this year’s triumph with the Tampa Bay Buccaneers, or would he trade two Lombardis obtained as a member of the Patriots?

Your guess is as good as ours.

But hey, maybe he’ll go undefeated next season with the Bucs. At this point, nothing Brady does would shock us. 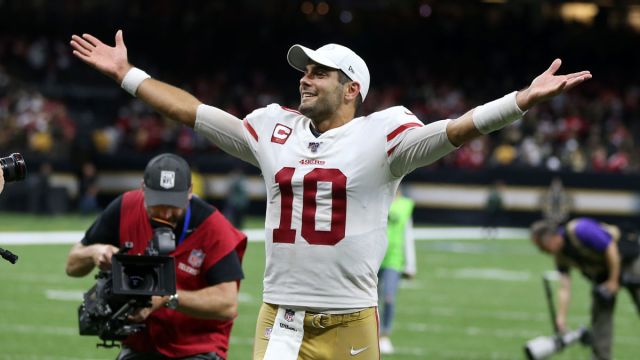