The 2021 New England Patriots are finally ready for their big reveal.

The media will get its first glimpse at this year’s Patriots squad Thursday morning during the team’s third organized team activities practice of the spring. Here are the pressing questions facing the Patriots in these spring sessions:

— Who’s present? We already have an incomplete list of players who were in attendance for Monday’s OTAs session based on pictures posted to the team’s site. Now we’ll get the full list of players participating and skipping these voluntary practices. The Patriots hold voluntary sessions May 24-25, May 27, June 1, June 3-4, June 7-8, June 10-11 and mandatory minicamp June 14-16.

It seems that the majority of New England’s roster is participating despite a push from the NFL Players Association to skip the voluntary practices.

— Who’s taking second-team quarterback reps? We know Cam Newton is the starter. Patriots head coach Bill Belichick labeled him as such after the first round of the 2021 NFL Draft, when New England took quarterback Mac Jones. But who’s taking reps after Newton? Is it Jones? Jarrett Stidham? Recently re-signed Brian Hoyer? Our guess is Stidham, but we’ll find out Thursday.

— Who’s the No. 2 wide receiver? We’re assuming Nelson Agholor is the top starter, but who will be lined up across from him when Newton is under center? It’s between Jakobi Meyers and Kendrick Bourne. Our guess would be Meyers since he was New England’s leading receiver last season. But Bourne did sign a three-year, $15 million pact this offseason.

— Where are Hunter Henry and Jonnu Smith aligned? Both tight ends will probably play all over the Patriots’ offense, but which player will primarily be used inline, and which will be more of a flex option? Based on how they’ve been used throughout their NFL careers, our guess is that Smith is the inline tight end while Henry is flexed out.

— What’s the starting offensive line? If all five players are present, it will be some combination of Isaiah Wynn, Mike Onwenu, David Andrews, Shaq Mason and Trent Brown. Our guess is the alignment will look like this:

— Who are the remaining starting defenders? We can pretty safely lock these into place on the first-team unit: defensive tackles Lawrence Guy and Davon Godchaux, edge defenders Kyle Van Noy and Matt Judon, linebacker Dont’a Hightower, cornerbacks Stephon Gilmore, J.C. Jackson and Jonathan Jones and safety Devin McCourty. Either Adrian Phillips, who was great last season, or Kyle Dugger, a 2020 second-round pick, will be the other safety.

That’s a lot of candidates, and we have no best guess.

— Where is Van Noy playing? The options are at inside linebacker and on the edge as an outside linebacker. It might depend on who else the Patriots deem a starter since Van Noy can play either position.

— What about Josh Uche? Uche primarily played as a pass rusher in college at Michigan and as a rookie in 2020. But the New England seemingly wanted him playing linebacker in training camp last summer. Our guess is they give him another shot at linebacker this offseason.

— Will Cameron McGrone participate? The rookie tore his ACL in November, and it appeared he was present for OTAs on Monday. But what’s his level of participation at this point? We’ll find out.

— Where does Jalen Mills start off? He’s played literally everywhere in the secondary from cornerback to the slot, free safety and strong safety. So, does he practice primarily with safeties or cornerbacks? The Patriots could use him at either position.

— Will Stephon Gilmore be present? He wasn’t pictured in Monday’s session, and he didn’t get a pay raise (yet) this offseason. Gilmore earned a base salary of $13 million in 2020 because New England borrowed money from his 2021 base salary to make him happy a year early. Now, Gilmore is coming off of a quad injury while making half as much as he earned last season. We’ll see what happens here with less than four months to go before the start of the 2021 season. Gilmore might not even be ready to practice yet after last season’s injury.

— Which unit is ahead? Unpadded practices like these usually favor the offense, but New England’s defense is looking more loaded at this stage. 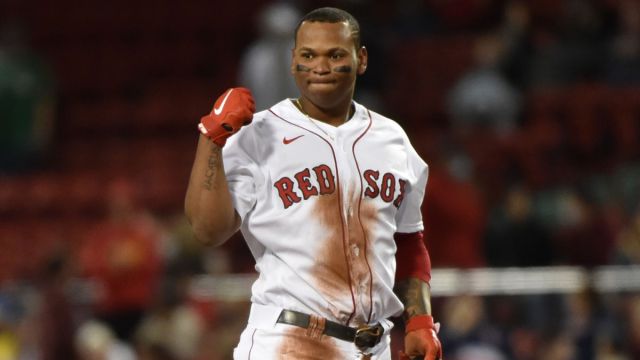 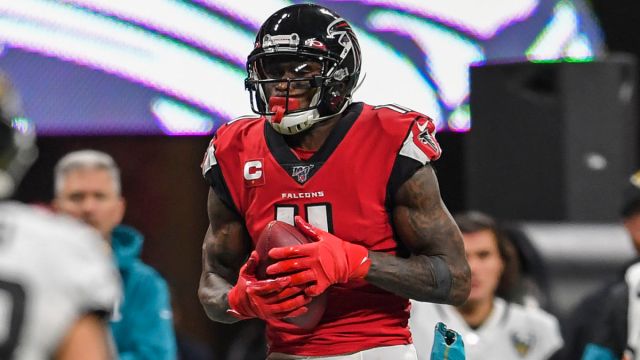