A lot didn’t go right in the Boston Bruins’ 6-2 loss to the New York Islanders on Wednesday night to bounce them from the Stanley Cup playoffs.

There were costly turnovers, unwillingness to shoot and not the most perfect goaltending from Tuukka Rask.

Still, Rask had been nails throughout the series and kept the Bruins in it at times. And even though he — nor the rest of the team — could get the job done at Nassau Coliseum, Bruce Cassidy isn’t trying to place full blame on his goalie.

“This is a team loss to me,” he added. “All the way down the line. Certainly could have used some more scoring out of certain people in the series, you can do the math on that. I thought our power play was good, gave us some opportunities. The top line generated well. Some of the other people needed to score more if we’re gonna allow that many goals. … If you’re gonna give up three, four goals then you better be scoring five.”

The Bruins didn’t have a shot on net after Brad Marchand’s power play goal in the third period, which came at the 5:22 mark. The third and fourth lines nearly were invisible, and the defense clearly was struggling without Brandon Carlo and Kevan Miller.

As for Rask, he knows he could have been better, too.

“I could’ve made a couple more saves, definitely,” Rask said. “I should’ve made a few of those saves to keep it tighter, but, you know, I didn’t do it today and the season ended. It’s disappointing, but I battled and I tried and just fell short.”

At the end of the day, though, the Bruins wouldn’t have gotten as far as they did without Rask.

Here are some other notes from Bruins-Islanders Game 6:

— Speaking of Rask, it was known he had been dealing with some sort of injury during the playoffs, we just never knew the extent of it.

“He had an injury earlier in the year he was dealing with, kind of one of those nagging ones that the medical team will assess at the end of the year,” Cassidy said. “… He was healthy enough to play. He wasn’t 100%. I can’t answer whether he was 95 or 92 or whatever. … He’s our starting goalie and he told us he was ready to go and that’s that.”

Rask didn’t want to speak on the severity of the injury, but did confirm he’ll need surgery.

“Yeah,” was all he had to say when asked if it was a possibility.

— Patrice Bergeron had heaps of praise for Rask after the game, but may also have shed some light on just how serious Rask’s injury is.

“He’s always been stepping up and battling through things. I think it speaks volumes on him,” Bergeron said of Rask playing through injury. “It wasn’t always easy at times for him for what he was dealing with, but kudos for him for being there for us.”

Bergeron knows a thing or two about playing through some serious injuries.

— There are a lot of questions surrounding what the Bruins will look like next season between free agents, expiring contracts and the expansion draft. The core isn’t getting any younger, and the window to win a Stanley Cup soon could be closing.

“It does,” Bergeron said when asked if the core getting older weighs on him. “That core’s getting older one year to the next. It’s disappointing. You have a good team and you have opportunities that don’t come that often, especially late in your career and you want to make the most of them.”

Rask added: “We’re all getting older and it’s not going to last forever. … It’s definitely closing at some point.”

— Rask didn’t have too much to say about his future.

“We’ll see. I don?t have any thoughts right now,” he said. “This is a tough loss, gonna sleep a few nights, have our exit meetings and start planning on the future.”

The goalie is an impending free agent.

— Charlie McAvoy left the loss briefly after taking a late, high hit from Kyle Palmieri after the whistle. There was no penalty on the play, but Cassidy believed it was an obvious miss.

— The offseason now begins, and there are a lot of questions to be answered. 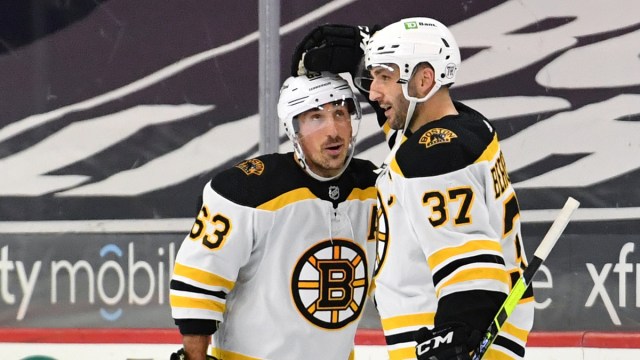 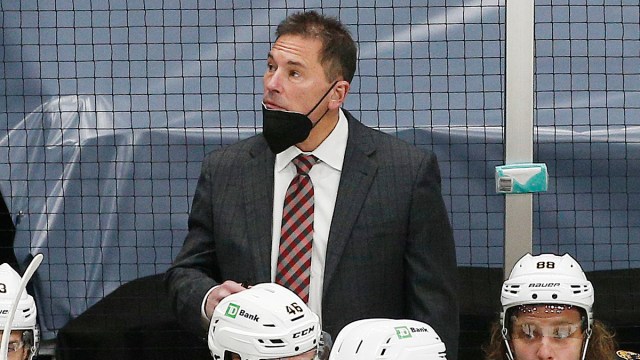