The Bruins are on the brink of elimination.

Boston dropped Game 5 to the New York Islanders 5-4 on Monday night at TD Garden in a game that featured a little bit of everything.

David Pastrnak (twice), Brad Marchand and David Krejci scored for the Bruins, while Mathew Barzal, Kyle Palmieri, Josh Bailey, Jordan Eberle and Brock Nelson had the goals for the Isles.

Jeremy Swayman made his Stanley Cup playoffs debut to begin the third period after Tuukka Rask gave up four goals on 16 shots. Swayman stopped two shots in 20 minutes of play.

The Bruins are down 3-2 in the series.

TIED AFTER 20
Pastrnak needed just 1:25 to get the Bruins on the board after a forecheck by Brad Marchand to Anthony Beauvillier forced a turnover that allowed Pastrnak to one-time the puck by Semyon Varlamov.

A very questionable slashing call was given to Sean Kuraly, and the Islanders took advantage and tied things up at 1-1. Barzal wristed the puck top-shelf by Rask with 1:11 left in the opening period.

It was a strong showing after 20 for the Bruins, who held an 11-6 shot advantage.

WILD SECOND
The Islanders took the lead on their second power play of the night in the first five minutes of the middle period when Palmieri, who the Bruins just can’t seem to find an answer to this season, easily tapped the puck by Rask after it deflected off Connor Clifton’s skates and Kuraly failed to clear the zone.

But it was Marchand who tied things up at 2-2 about three minutes later after a beautiful move got the best of Nelson and the Islanders defense that allowed him finish off a highlight-reel move you just have to see to believe.

Frustration began to boil over for Boston after Palmieri interfered with Craig Smith before high-sticking him without a call. Then the the fast-paced, shot-filled second saw its third goal of the period when Bailey was left by himself in front of the net. The result? A 3-2 Islanders lead.

It became 4-2 after the B’s failed to kill yet another Islanders penalty. Eberle had the snipe from the circle for New York’s third power play goal of the game.

A penalty finally was called on the Islanders and the B’s went on the power play to end the second, but ended the period down 4-2.

Boston was getting plenty of shots on net, holding a 26-16 edge after two, but everything seemed to be working against the B’s.

BRUINS ON THE BRINK
The Bruins not only began the period on the power play for 50 seconds, they also made a goalie change and pulled Rask for Swayman.

Nelson added more insurance for the Isles when Boston couldn’t clear the puck and Nelson took advantage and got it by Swayman to put the visitors up 5-2.

Boston found itself on the power play and Pastrnak brought his team within two with a wicked one-timer to make it a 5-3 game with 16:12 to play.

We had ourselves a game with 5:17 left in the game when Krejci and the second line finally broke through with Krejci crashing the net to get Craig Smith’s rebound by Varlamov to make it 5-4.

But that’s as close as Boston would get, and the Islanders left TD Garden with a 3-2 lead in the series.

UP NEXT
The series heads back to Long Island for Game 6 on Wednesday night. Puck drop from Nassau Coliseum is set for 7:30 p.m. ET. The game will air on NBC, but NESN will carry a full hour of pregame and postgame, as well as have intermission reports on NESN.com. 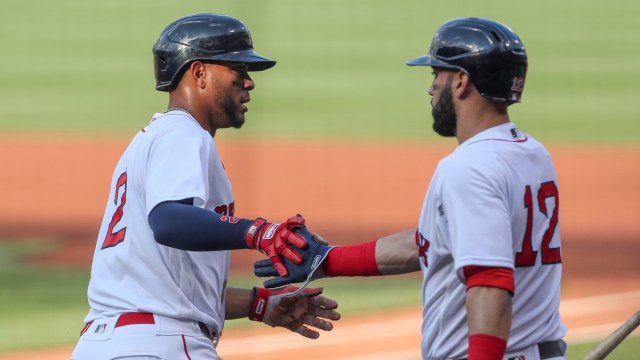 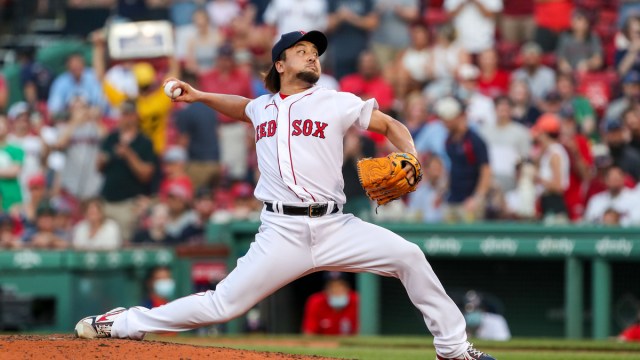