The Boston Celtics are rolling with Ime Udoka as their next head coach, but they had a glut of quality candidates to choose from.

Udoka on Wednesday reportedly agreed to a deal with Boston to replace Brad Stevens, who moved upstairs to take over for Danny Ainge as the Celtics’ president of basketball operations.

While Udoka’s name was one that was often mentioned as a potential guy for the gig, he wasn’t alone. And according to ESPN’s Adrian Wojnarowski, who broke the news of the Udoka deal, the Celtics had a pair of other finalists.

“Milwaukee Bucks assistant Darvin Ham and LA Clippers assistant Chauncey Billups had multiple interviews with the Celtics and both were considered top candidates in the process, sources said,” Wojnarowski wrote.

Billups is the better-known name. A five-time All-Star, Billups began his career with the Celtics and is now an assistant coach with the Los Angeles Clippers.

Ham is the Bucks’ top assistant, working under an experienced coach in Mike Budenholzer. Though he didn’t have the career Billups did, he won a title with the point guard on the 2004 Pistons, and ultimately played 417 NBA games.

But Wojnarowski noted Udoka separated himself early on in the process, and it sounds like he also has the approval of Celtics players and his former boss, Gregg Popovich. 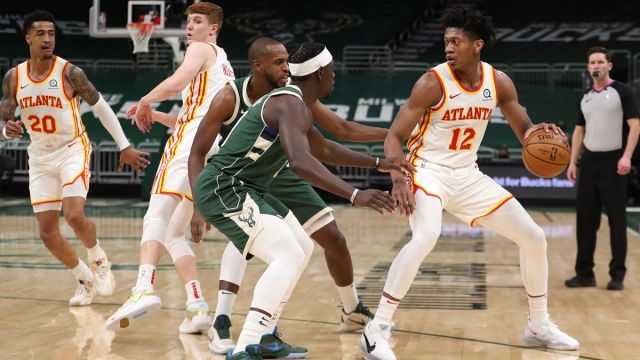