The Boston Celtics now are in need of a point guard, and it seems at least one NBA writer believes the organization could be interested in Lonzo Ball.

Stadium’s Jeff Goodman offered the speculation Friday on the heels of a Celtics trade which sent four-time All-Star point guard Kemba Walker to the Oklahoma City Thunder. Boston, who also sent a first-round pick to OKC, received a pair of centers — 35-year-old Al Horford and 21-year-old Moses Brown — in return.

And while the Celtics made out rather well in the financially driven move, Boston now has just Marcus Smart and Payton Pritchard as true ball handlers. Adding backcourt depth is a near certainty before the Celtics take the floor for the 2021-22 season.

But is Ball the answer?

“A guy that I still say I would go after, and you guys might think I’m crazy here, but you surround him with enough guys who can score the ball, go after Lonzo Ball,” Goodman told WEEI’s Greg Hill Show, as transcribed by WEEI. “I mean he’s an elite level passer. He can guard. His shot has gotten better. I don’t know what he’s going to command on the market. He’s a restricted free agent. But that’s somebody I would absolutely look at. Knows how to play the game.

“… Everything about Lonzo I love other than the fact that he’s not a great shooter. But you put him with guys who can shoot the ball, and that’s what you?re going to have to do if you’re Brad Stevens,” Goodman added. “I don’t know if you have enough shooting on the court if you bring in Lonzo, but if you bring in one more shooter and — I don’t know how the money would work — bring in a Lonzo Ball, he just makes people better and they haven’t had that for a while.”

“Very likely the answer to Lonzo to Boston questions is no,” Smith tweeted. “It would have the be a sign (and) trade. That would hard cap the Celtics and that makes it hard to build out a workable roster, given the money they are carrying. … Not impossible, but not likely either.”

Ball, who’s played his last two seasons with the New Orleans Pelicans, was picked No. 2 overall in the 2017 NBA Draft by the Los Angeles Lakers. He is a restricted free agent this offseason.

Ball averaged 14.6 points on a career-best 41 percent from the floor and 5.7 assists in 55 games with the Pelicans last season. He would likely provide the Celtics offense a facilitator, which would be welcomed as the group is already headlined by Jayson Tatum and Jaylen Brown. 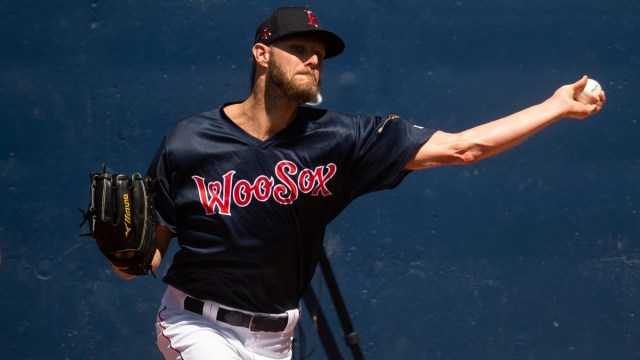