Will Damian Lillard become the next superstar incessantly linked to the Boston Celtics?

It sure seems like things are trending in that direction, especially with the Portland Trail Blazers, like the C’s, being knocked out in the first round of the NBA playoffs.

First, former NBA center Kendrick Perkins, who spent parts of eight seasons with Boston (2003-11), tweeted last week that it’s time for Lillard to move on from the Blazers and that the Celtics or Los Angeles Lakers would be a “great fit” for the six-time All-Star.

Perkins tweeted: Hey @Dame_Lillard it’s time brother! You have done enough for that organization bro! It’s time for you to take your talents else where! The @Lakers or @celtics would be a great fit for you. Carry on? IMOP

Of course, Perkins was hard on the Celtics down the stretch, often calling out their effort under head coach Brad Stevens, who since has been promoted to president of basketball operations with Danny Ainge retiring in Boston. So, perhaps he’s just spitballing in linking one of the best players in the NBA to his former team, which desperately needs a shot in the arm this offseason.

But Sports Illustrated’s Chris Mannix added fuel to the fire over the weekend when he suggested on WEEI’s “Tanguay and Hart” show that Lillard and the Blazers are reaching a “breaking point” and that the Celtics are in “a good position” to potentially swing a trade.

“Lillard is going to be 31 next season, and if you are going to trade him, now is the time because that contract gets really onerous as it gets toward the back end of his years,” Mannix said, as transcribed by WEEI.com. “It’s in the $50 million-per-season range on that max deal. So if you are looking to maximize your revenue, you have to look around to trade him. Boston, as they always are, are in a good position because of the young talent. Because you could put Jaylen Brown as the centerpiece of a deal that would include all the young guys on your roster plus future draft picks, as well.

“So I think it’s possible. If Portland shops him, Boston is going to be in a good position. If you look around, Bradley Beal is not going to go to Portland because he’s not going to re-sign there. You have to get guys to Portland that are on long-term contracts and Jaylen Brown is one of those young guys, 24 years old, that would fit that bill.”

Again, this isn’t to say the Celtics will trade for Lillard. Or that it’s something either side will seriously consider in the coming months. Lillard seemingly is becoming the new Anthony Davis or Bradley Beal when it comes to potential trade targets for Boston, though, with one NBA executive reportedly labeling the Celtics a “team to watch” if the Blazers ultimately shop their clutch point guard.

“You’re going to hear a lot about Miami, New York, and both Los Angeles teams, but there is another team to watch,” the exec told Evan Massey of the NBA Analysis Network. “Boston is going to be active this offseason. They may not blow the roster up, but they would like to improve and move on from Kemba Walker. I know they’ll be involved and see if they can work something out to get (Damian Lillard).”

It’s hard to imagine the Blazers trading Lillard for anything other than a package centered around Jaylen Brown — assuming Jayson Tatum is off the table — and significant draft capital. And then it’s fair to wonder whether the Celtics even would be interested despite Lillard being an elite talent.

Lillard, 30, is more than six years older than Brown, 24, and slated to earn more than $176 million over the next four seasons. Brown, conversely, is a relative bargain, with three years and about $80 million remaining on the contract extension he signed with Boston in October 2019.

Still, it’s a conversation worth having after the Celtics (and Blazers?) underachieved throughout the 2020-21 campaign. Boston needs a shakeup, and Stevens and the Celtics could rattle the NBA landscape to its core by turning the speculation into reality and making a strong push for Lillard. 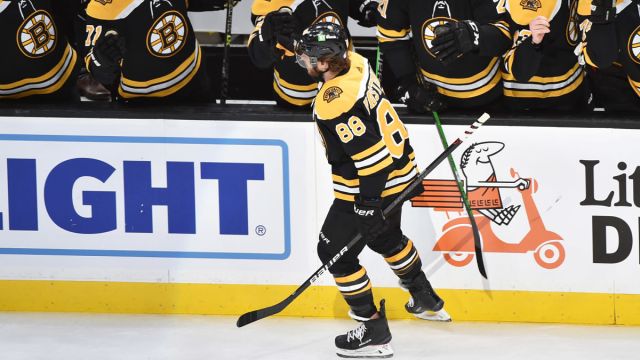 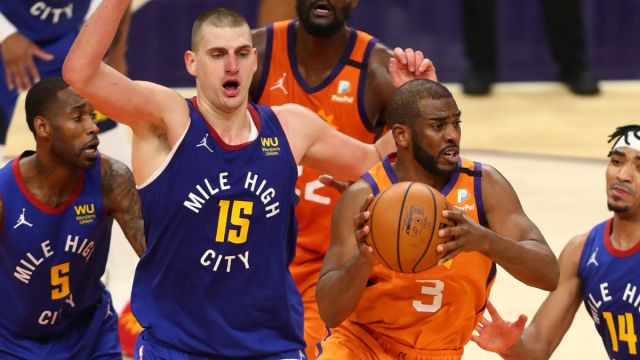