Jake DeBrusk had never been on the receiving end of punishment from the NHL’s Department of Player Safety.

That is, until Tuesday.

The Boston Bruins winger was slapped with a $5,000 fine for cross-checking Scott Mayfield during Boston’s Game 2 loss to the New York Islanders.

With the puck in the Bruins’ offensive zone during the third period, DeBrusk and Mayfield fought for position in front of New York’s crease. DeBrusk was behind Mayfield and ended up cross-checking the blueliner in the head, sending him to the ice.

Mayfield ended up being fine and DeBrusk was not assessed a penalty, but he admitted the resulting fine was deserved.

“It was warranted. Obviously, got my stick in a dangerous position there in front,” DeBrusk said over Zoom after Wednesday’s practice. “Kind of realized it as the play was going on, obviously he went down pretty hard. He was able to come back, didn’t necessarily hurt him, so it’s one of those things where it’s heat of the battle, you’re in the front of the net, I just lost where my stick was. A fine is a fine, it’s a warning. It’s my first thing with player safety, so I understand that’s obviously not OK, and it won’t happen again.”

The Bruins and Islanders will continue their second-round Stanley Cup playoffs series Thursday on the Island. puck drop is set for 7:30 p.m. ET. NESN will have a full hour of pregame and postgame coverage. 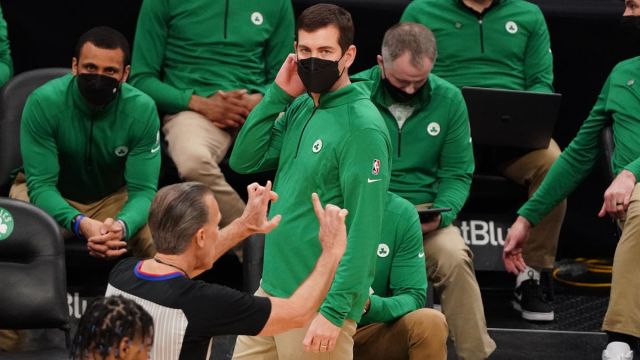 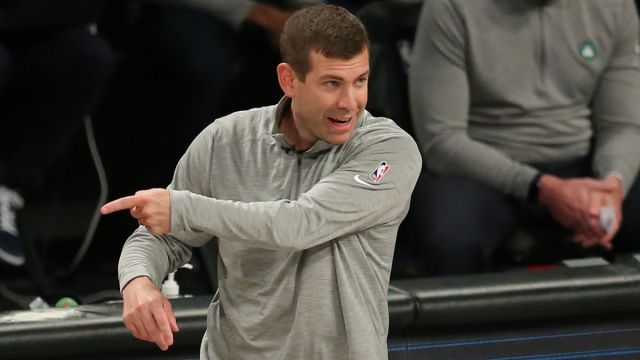