Mark Scheifele is insistent that his plan was not to injure Jake Evans on Wednesday night in Winnipeg.

The NHL apparently didn’t buy that, and now the Jets center won’t be able to play until Game 6 of the second round, if there is such a contest.

Scheifele drew condemnation far and wide for lining up Montreal Canadiens forward Jake Evans as he scored a wraparound empty-netter to secure the Habs’ Game 1 victory. The Jets star basically skated the length of the ice and blew out Evans, with no obvious intent to play the puck and prevent the goal.

The NHL whacked Scheifele with a four-game suspension, which he won’t appeal — even if he disagrees with it.

“I think it was pretty excessive, I wasn’t expecting that,” Scheifele told reporters Friday, via SportsNet. “I was pretty shocked, but that’s their decision.”

Scheifele also tried to explain what his intent was.

“My intention on that play is to try to negate a goal,” he said. “There’s no intent, there’s no malice there, I don’t go in with the frame of mind of injuring a hockey player. My record proceeds itself, I’ve had not one charging penalty in 600 games. My thought process there is to cut him off at that post, obviously when he gets behind the net I didn’t know if he was going to cut back, so I stopped moving my feet in case there’s a cutback behind the net I can go to the other side and cut him off at the other post. …

“My thought process the entire way is there’s a minute left in the game, we just scored, it’s a one-goal game. My only thought in my mind is to negate a goal and prevent a goal. Obviously, the result sucks that he’s hurt, but like I said before, I just hope he’s OK, I hope for a speedy recovery, I’m praying for him.”

Whether his intent was malicious or not, hits like that — where a player leaves his feet and sends a guy off the ice on a stretcher — are the exact type of collision that players and the league want out of the game. Thus, four games hardly seems like a surprise. 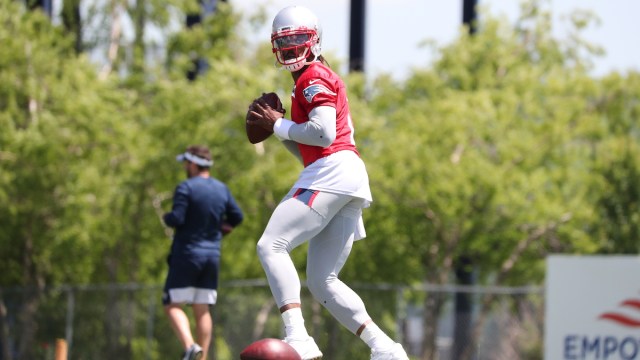