Jon Rahm Wins U.S. Open After Tournament-Best 67 In Final Round Skip to content

Jon Rahm finished with birdie putts on each of the final two holes en route to a tournament-best round of 4-under 67 during the final round of the U.S. Open on Sunday, and it propelled him to his first major championship win at Torrey Pines.

Rahm is Spain’s first-ever U.S. Open champion. He finished the tournament 6-under par after overcoming a one-stroke deficit with two holes to play.

The 26-year-old was deadlocked with Louis Oosthuizen with a birdie on the par-4 17th and ultimately won it with his birdie putt on the par-5 18th. Rahm is only the fourth U.S. Open champion to finish birdie-birdie.

Oosthuizen’s drive at the 17th went into the penalty area on the left side of the fairway. He was forced to drop and, despite playing his approach shot just about perfectly, missed a decent look at par. It dropped Oosthuizen to two strokes back of Rahm with one hole to play.

The 38-year-old South African needed an eagle on the 18th but settled for birdie to finish at 5-under.

Bryson DeChambeau, who was 5-under through 10 and led by one stroke at the turn, unraveled down the stretch. He recorded a quadruple bogey on the 17th and went into the 18th nine shots back of the lead. DeChambeau finished the day 6-over par 77 to finish the tournament 3-over.

Rahm’s victory comes two weeks after he was forced to withdraw from the Memorial Tournament due to a positive COVID-19 test. He had a six-shot lead when he was notified of testing positive. 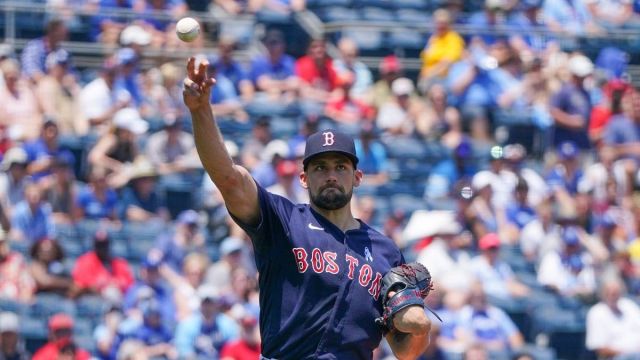 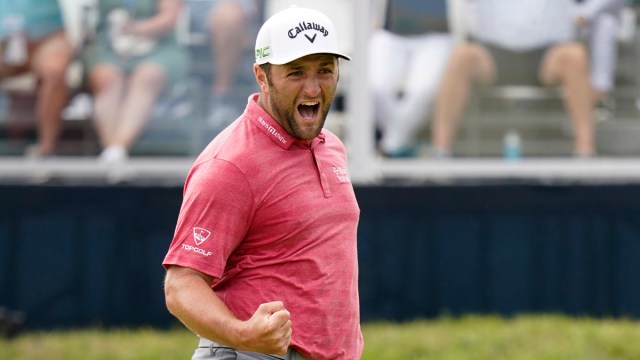