Marcus Smart already is feeling grateful, even though the dust hasn’t settled in the aftermath of a huge shakeup.

The Boston Celtics guard thanked Danny Ainge, Brad Stevens, Celtics staffers and fans Friday in a lengthy Instagram post. Smart thanked Ainge for drafting him in 2014 and supporting him throughout his career. Smart also gave a shout out to Stevens, the only head coach under whom he has played in the NBA.

“Played basically two seasons in one year it seems,” Smart wrote. “What a crazy year, but it was amazing to be able to finish out the season in front of a full house at TD Garden. Wish we could have had a different result but it will only make me work harder.

“There’s a few people I wanted to thank. First, I want to thank the best fans in the world for continuing to support us. Next I want to thank Danny Ainge for believing in me and drafting me 7 years ago. You have always had my back and I really appreciate it. Can’t wait for u to cheat ur score against me on the golf course! U deserve it! Lastly I want to thank the entire coaching staff and everyone behind the scenes who helps make this all possible. Coach Stevens, well now President Stevens-thank you! Can’t wait to continue this journey. Looking forward to next season already! Year 7.”

The Celtics will have a different look and feel next season and beyond, and neither Smart nor anyone else can say for sure what the future holds. However one thing is certain: Smart, the longest-tenured Celtic on their current roster, will continue to work hard to achieve Boston’s ultimate goal, Banner No. 18. 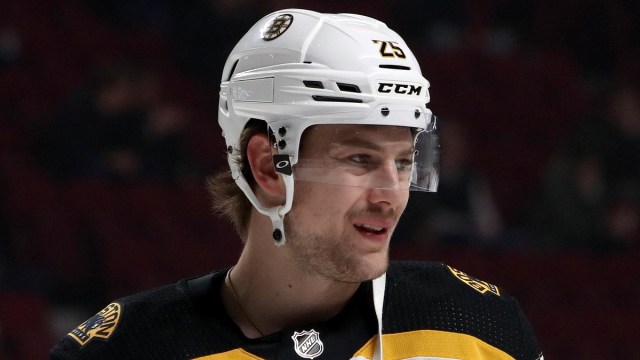