As the Patriots progress through Phase 3 of their offseason program, we’re taking a position-by-position look at New England’s new-look roster. Next up: offensive line.

OFFSEASON CHANGES
Four starters from last year’s O-line (Isaiah Wynn, David Andrews, Shaq Mason and Mike Onwenu) are back this season, with Andrews re-signing after testing free agency. So is Trent Brown, who rejoined the Patriots via trade after two seasons with the Raiders. Steady center/guard Ted Karras returns, as well, following a one-year stint in Miami.

Replacing standout left guard Joe Thuney — who got five years and $80 million from the Kansas City Chiefs — won’t be simple, but the Patriots have the depth up front to absorb that loss. The versatile Onwenu is expected to slide into Thuney’s old spot, with Wynn and Brown playing left and right tackle, respectively; Andrews and Mason sticking in their usual roles at center and right guard; and Karras serving as the top interior reserve.

On paper, this looks like one of the NFL’s deepest and most talented offensive lines.

THREE BIG QUESTIONS
1. Can Isaiah Wynn stay healthy?
The Patriots picked up Wynn’s fifth-year contract option, guaranteeing his salaries for the next two seasons and giving the 2018 first-round draft pick some additional job security. That wasn’t a surprise. Wynn is a very good left tackle when he’s on the field, and paying a quality starter at that position $3.6 million in 2021 and $10.4 million in 2022 is good value.

The issue with Wynn is he’s appeared in just 18 of a possible 48 regular-season games since he entered the league, missing at least six in each of his three pro seasons. He’s coming off a knee injury that ended his 2020 campaign in late November and has yet to practice in front of reporters this spring.

Another Wynn injury wouldn’t cripple the Patriots’ O-line, but they’re a much better unit when he’s on the field.

2. How will Trent Brown fare in his return?
The Patriots won a Super Bowl with Brown as their starting left tackle in 2018, and he made the Pro Bowl one year later, starting 11 games at right tackle for Oakland. But injuries, a lengthy stint on the reserve/COVID-19 list and a frightening mishap involving an IV limited him to five games last season. The Raiders, who’d come to question his weight management and work ethic, traded him for a swap of Day 3 draft picks in 2022.

After the trade, Brown admitted he and the Raiders were a poor fit for each other and said he could not be happier to be back in New England.

“Some people don’t like it (in New England), but I loved it, honestly,” Brown, who’s entering another contract year, said in March. “I just think it’s where I need to be. I’m happy. I’m happy with the organization. I was happiest when I was there. I’ve never had more fun playing football in my life. So I’m glad to be back.”

Brown and Wynn both missed the Patriots’ first two open organized team activities practices, so we’ve yet to see how the team’s newly retooled O-line looks on the field together.

3. Can Mike Onwenu replicate his strong rookie year?
One of the steals of the 2020 NFL Draft, Onwenu made the Pro Football Writers of America All-Rookie Team and finished as Pro Football Focus’s eighth-highest-graded tackle last season after being selected with the 182nd overall pick. He emerged as the Patriots’ top option at right tackle despite playing exclusively as a guard at Michigan.

Onwenu has worked at both tackle and guard in OTAs. With Brown back and Thuney gone, he projects as New England’s starting left guard and its top backup tackle. We’ll see how the bruising 23-year-old handles his expected new role.

MOST TO PROVE
As mentioned above, Wynn still needs to prove he can stay healthy for a full season. Tackle Yodny Cajuste also is unlikely to remain with the organization beyond this summer unless he seriously impresses in the coming months. The 2019 third-round pick still has yet to play a single snap at the NFL level.

SLEEPER TO WATCH
Onwenu was rightfully praised for his play last season, but the Patriots’ other sixth-rounder, Justin Herron, also looked solid as a rookie, appearing in 12 games with six starts. The Wake Forest product should be a solid depth option behind Wynn, Brown and Onwenu. 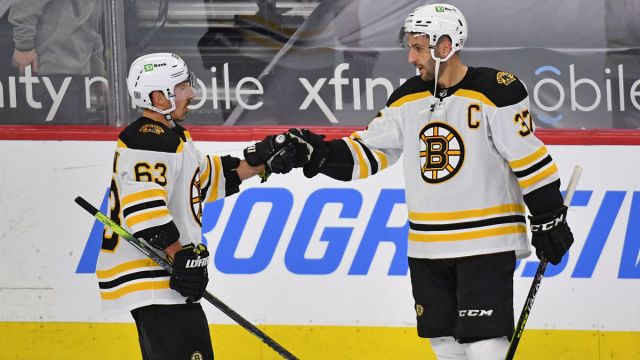 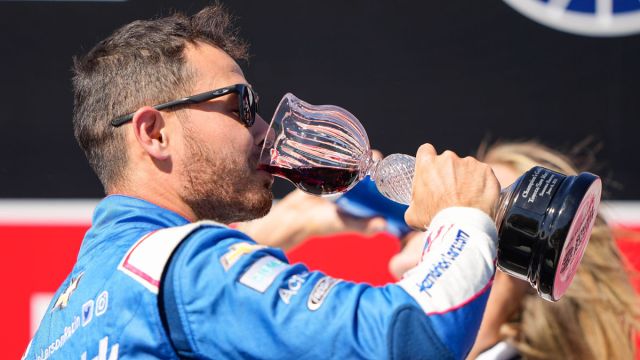