Christian Arroyo can’t catch a break this season, but at least Boston doesn’t think it will have to place him back on the injured list.

The utility infielder was taken out of Sunday’s game against the Kansas City Royals after colliding with Kiké Hernández and diagnosed with a bone bruise.

Of course, the injury comes not long after Arroyo was hit by a pitch twice in a span of 10 days (on the same hand) and had to miss time.

“He’s doing better,” Red Sox manager Alex Cora said of Arroyo. “Still sore. He’s doing some running drills. Probably he’s out there right now. We’ll try to stay away from him today. We still believe it’s not an IL situation. Hopefully he?s ready to play tomorrow. If not, by Friday. We’ll be patient with him. We still feel like we’re in a good spot with the other guys. We’ve got Marwin (Gonzalez). We’ve got Wong, who can play multiple positions. We still feel we’re OK with that.”

Arroyo obviously is out of Boston’s starting lineup as it takes on the Tampa Bay Rays after going up a game in the three-game series Tuesday.

We’ll see what his status will be 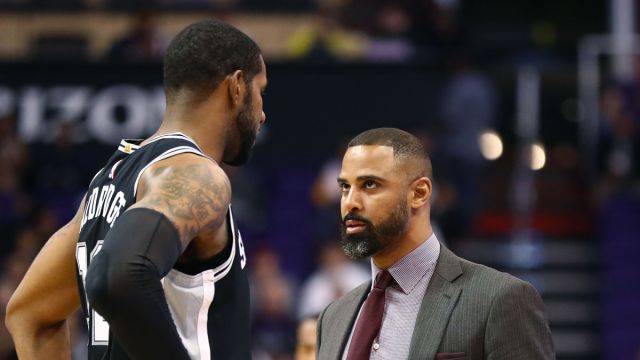