Alex Verdugo often can be overlooked as fans and media members alike fawn over the Red Sox offense.

This isn’t necessarily a slight of Verdugo. J.D. Martinez still is among the game’s best sluggers and Rafael Devers is on his way to becoming one of baseball’s most feared bats. Xander Bogaerts is, well, Xander Bogaerts.

But as Alex Cora explained after Friday’s walk-off win, Verdugo can do it all at the dish.

Verdugo’s latest thing of beauty with the bat: a game-winning knock plastered off the Green Monster that gave Boston a 6-5 victory over the Toronto Blue Jays. The heroics prompted Cora to a shine a light on the dynamic young outfielder.

Cora continued: “…I’m very impressed for young he is, the way he controls his at-bats. He goes to the dugout and he’s upset about certain things, but then he slows it down and goes to battle. In left field today he was great. He made some good throws. He played the wall perfectly. Like I said before, this kid — he’s a good one. We got a good one. We just got to keep working with him.”

Here are some other notes from Friday’s Blue Jays-Red Sox game:

— Verdugo had a clear approach in mind as he stepped into the box against Rafael Dolis in the ninth inning.

“You have an idea of what’s going to happen and how his ball moves,” Vedugo told NESN’s Jahmai Webster after the game. “For me, I just knew I had to use the big part of the field and not try to get carried away and pull it. When I try to pull against him — his split, change up, whatever it is — it will get you out in front. So I just tried to stay back, let the ball travel and kind of just do what I did.”

— Garrett Richards once again was forced to battle after a rough start, which included a 35-pitch first inning. The right-hander, who ultimately allowed four runs on 11 hits over 5 1/3 frames, currently owns an opponent batting average of .362 and .302 in the first and second innings, respectively. Those figures drop significantly in the third (.227), fourth (.244) and fifth (.211) innings.

— Richards’ mediocre outing forced the Red Sox to once again lean on their bullpen, but those called upon were up to the task. This included Josh Taylor, who logged the final two outs of the seventh after Brandon Workman allowed two of the first three batters he faced in the inning to reach.

“Taylor did an amazing job,” Cora said. “He comes in against a lefty and then against a pinch-hitter, a right-handed hitter. He’s been doing this for a while. You take away the Baltimore outing — the third day of the season — and he’s been great. His stuff is picking up. This guy has made an effort to change everything, from his workouts, to his nutrition, to everything and it’s paying dividends right now. We’re very proud of him.

— Verdugo continues to be a nightmare for the Blue Jays. Following Friday’s game, he’s now batting .391 with one home run, two doubles and four RBI over eight games against Toronto this season.

— The erasure of the four-run deficit marked Boston’s largest comeback effort in a victory this season. The Red Sox lead the big leagues in 23 come-from-behind wins on the campaign. 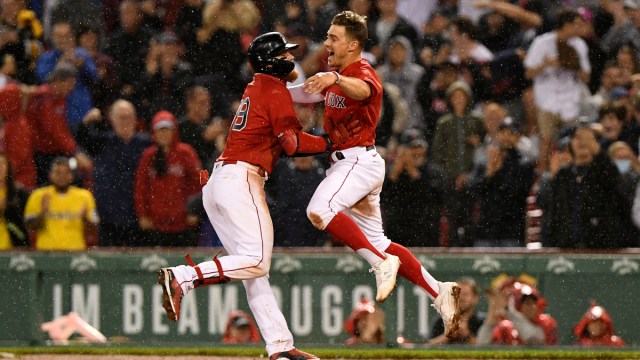 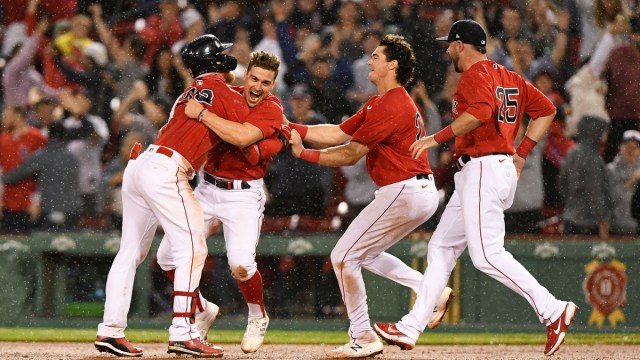