The Boston Red Sox are in the midst of a slump, but that’s not deterring Alex Cora’s confidence in the team he has.

Boston dropped its third straight game to the Houston Astros 2-1 on Wednesday night at Minute Maid Park. The Red Sox have scored just three runs in the series as opposed to the Astros’ 18.

The entire lineup appears to be struggling — from Xander Bogaerts to Kiké Hernández. But Cora isn’t going to make any significant lineup adjustments.

“Right now it seems like we have a lot of guys who are struggling. … What kind of adjustments can we do right now?,” Cora said over Zoom after the game. “There’s not much we can do. You trust the process, you trust the players. They’re due now, that’s the way I see it.”

Cora did note that players like Hernández look as if they need a mental break, which certainly can be beneficial in the long run. The leadoff hitter will get that break Thursday when the Red Sox wrap up their series.

Xander Bogaerts, in particular, is amid one of his worst career slumps. The shortstop is 0-for-21, and Wednesday marked the first time he’s gone hitless in six straight games, per The Boston Globe’s Alex Speier.

“No one is going to feel sorry for us,” he said.

The Red Sox can salvage a win out of the series Thursday afternoon.

Here are some other notes from Wednesday’s Red Sox-Astros game:

— Nick Pivetta had a tough first inning throwing almost 40 pitches. But he really settled down after that and racked up nine strikeouts as he kept the Red Sox in the game.

“I thought Nick’s stuff toward the end of the game was elite,” Cora said.

So, what changed after that first inning?

“I used my fastball more” Pivetta said. “I was able to overpower them with my fastball throughout the game and used my breaking ball to complement that.”

— Boston had its opportunities to tie the game, and made things interesting in the ninth when two men were on. But Danny Santana, who was pinch-hitting for Bobby Dalbec, struck out and Christian Arroyo popped out to end the game.

“I do believe we had some pitches to hit today,” Cora said. “If we had stayed with the approach we had early on it was going to be good. … We got pull-happy in certain counts. That’s not working right now.”

— For those keeping track at home, Boston is two games behind the Tampa Bay Rays for the top spot in the American League East, and 1 1/2 games ahead of the New York Yankees.

— Aside from Hernández, Cora also said Christian Vázquez will be off for the series finale. Danny Santana and Kevin Plawecki will start.

“Sometimes a mental break is good, too,” Cora said. “We always talk about a physical break … but also the mental side of it is very important.”

— Pivetta and Vázquez were seen having a discussion in the dugout after the first inning, and a little bit of frustration seemed to be there. But Pivetta explained what happened.

“Christian is a great game-caller,” he said. “He was just getting me back in my zone and helping me move forward.”

— You can catch all the action for Thursday’s game on NESN beginning at 1 p.m. ET with our pregame coverage. 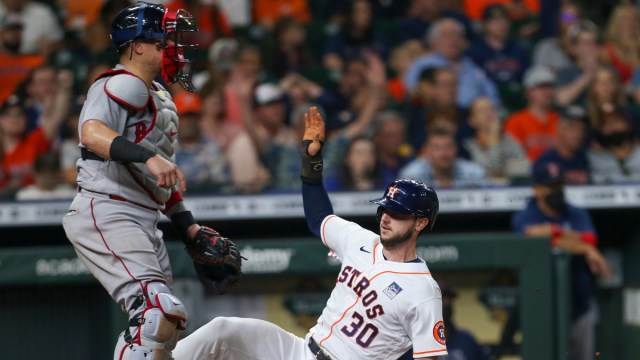 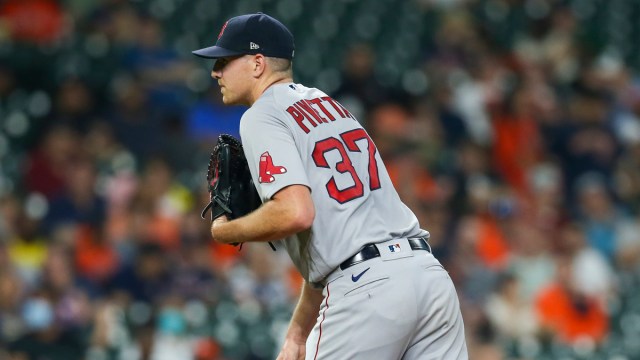