Boston Red Sox pitcher Martín Pérez was able to walk off the mound at Kauffman Field on Saturday breathing a much-needed sigh of relief.

Pérez, who failed to go deeper than two innings in either of his previous two starts, earned the win after a five-inning performance in Boston’s 7-1 victory over the Kansas City Royals. He allowed just three hits in the contest and showed a much improved command of his pitches.

The left-hander explained how that was the biggest reason he was able to get back on track.

“When you’re not locating good, it’s hard to have a good game,” Pérez continued. “So my focus now is trying to locate the ball where I want it. When I got to go down, I have to make sure I throw down on the ball. I think that was the difference.”

Pérez recorded three strikeouts while throwing 43 of his 78 pitches for strikes. He improved to 5-4 on the season.

— Bobby Dalbec led the Red Sox offense with three hits including an RBI triple in the fifth inning and two-run home run in the ninth.

Dalbec, who has been much more productive at the plate in the last week or so, expressed one key adjustment he’s made to help him during the stretch.

“I’ve been choking up. Easy way to create more time for myself and that’s what I needed to do. So if I am a little bit tardy I have that to help me out a little bit,” Dalbec said on a postgame video conference. “Less length on the bat, less bat to get around into the zone.”

“This is what we envisioned,” Cora said during a postgame video conference. “I think obviously it worked out for both of us. For J.D., financially and finding a home and becoming the player he is in Boston. And obviously for our organization, this guy, he’s not only a great hitter, he helps everybody out. He’s a great teammate. He’s relentless with his craft.”

The Red Sox manager revealed Sale, who threw a 40-pitch bullpen Friday, would have additional bullpen sessions Tuesday and Friday. Cora also expects Sale to throw to live batters within the next two weeks, likely doing so in Double A Portland.

— The Red Sox return to Kauffman Field on Sunday in hopes of claiming the series with a game three win. First pitch scheduled for 2:10 p.m. ET, and you can watch it live on NESN. 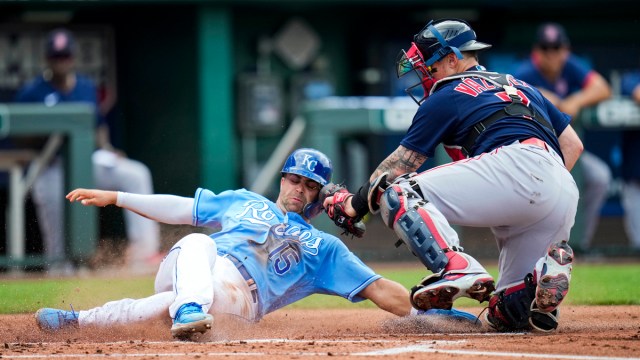 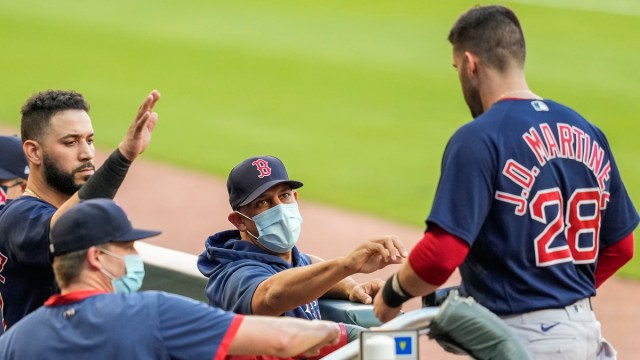