If there was any pitcher for the New York Yankees that was going to stop the bleeding against the Boston Red Sox, it was Gerrit Cole.

That he was unable to rise to the occasion Sunday tells you all you need to know about the state of the rivalry this year.

The Red Sox completed the sweep of the Yankees on Sunday afternoon at Fenway Park with a 9-2 victory. Boston now has swept both series against New York this season, and sits at 6-0 against the American League East rival.

Cole was tagged for six runs (five earned), with three of the eight hits he allowed being home runs. His counterpart, Eduardo Rodriguez, was sharp, allowing just two runs across six innings.

GAME IN A WORD
Convincing.

Right from the jump, it seemed clear the Red Sox were going to win Sunday.

ON THE BUMP
— Rodriguez has struggled periodically this season, but he delivered a respectable outing Sunday. The southpaw lasted six innings, allowing two runs on five hits with no walks and eight strikeouts. He also managed his pitch count well, tossing just 96 pitches.

Seldom did Rodriguez wander into trouble. He retired the side in order in the first, fourth and fifth innings, and only allowed a single in the second. Runners reached first and second in the third inning, but Rodriguez got out of it with minimal issue.

The only damage the Yankees did on the lefty was in the sixth. DJ LeMahieu began the inning with a single, then the next hitter, Aaron Judge, hit a no-doubter to left that cut Boston’s lead to 6-2.

Rodriguez buckled down from there and got the next three hitters out to end his afternoon.

— Darwinzon Hernandez took over in the seventh. After recording a strikeout to begin the inning, he allowed a walk and single before getting pulled.

— That brought in former Yankee prospect Garrett Whitlock, who locked things down. He walked Gary Sanchez to load the bases, but then punched out LeMahieu and got Judge to pop out to keep the 6-2 lead intact.

Whitlock returned for the eighth, and allowing a single to Luke Voit to begin the inning, he got Giancarlo Stanton to strike out before inducing a Gio Urshela double play.

— Yacksel Ríos got the ninth. He pitched a scoreless inning, walking one.

IN THE BATTER’S BOX
— The Red Sox were all over Cole right from the beginning.

Kiké Hernández decided he didn’t even need to see a pitch, swinging at the first offering of the game from Cole. The center fielder blasted his seventh dinger of the season into the Green Monster seats, where a happy Yankee fan (seriously) caught it.

The trouble didn’t stop there for the Yanks ace. Alex Verdugo proceeded to double, then Cole walked J.D. Martinez. And after a Xander Bogaerts pop out, Rafael Devers blasted a 451-foot moonshot to clear the bases and put the hosts up 4-0 in the first.

— Boston’s offense went quiet for a minute, but the power returned in the third.

Cole hung an 0-1 breaking ball over the heart of the plate to Martinez, who, unsurprisingly made him pay by lifting the pitch over the wall in center.

The Red Sox added another run in the frame on a Christian Vázquez sacrifice fly.

— Devers added some insurance in the seventh.

With Bogaerts standing on second following a two-out double, Devers managed to inside out a pitch and flare it into left, bringing the shortstop home to extend the Sox’s lead to 7-2.

— Vázquez put the game further out of reach in the eighth, roping a solo shot into the Monster seats that made it 8-2.

Hernández pushed the dagger in further later in the stanza. He hit a double down the right field line that came off a check swing, which brought Marwin Gonzalez home from third.

— Hernández, Bogaerts, Vazquez and Danny Santana each had a pair of hits.

— Verdugo and Martinez had one hit apiece.

TWEET OF THE GAME
A fantastic angle to watch that Devers homer from.

UP NEXT
The Red Sox now welcome the Kansas City Royals to Fenway Park for a four-game set beginning Monday. Garrett Richards will get the ball for Boston and will be opposed by Danny Duffy. First pitch is set for 7:10 p.m. ET, with pregame coverage on NESN beginning at 6. 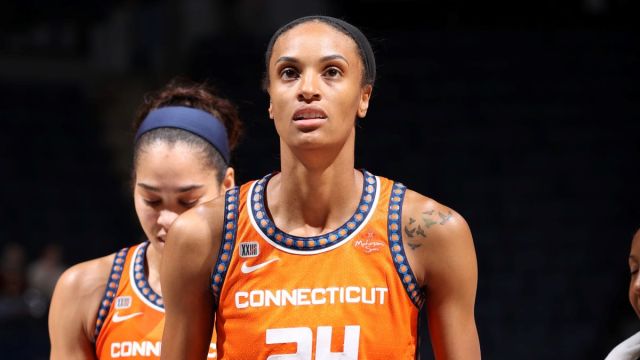 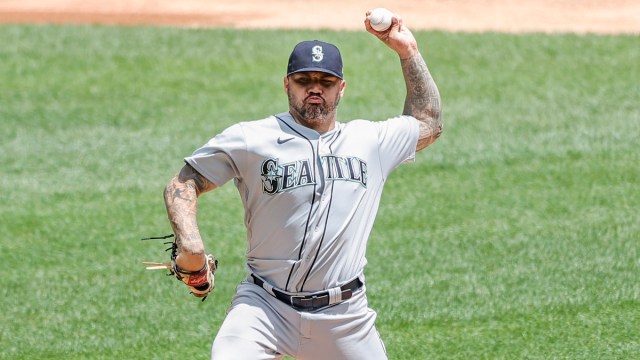