The Houston Astros starter twice now has had great outings facing Boston this season, going 7 1/3 innings Tuesday with eight strikeouts and no walks. He gave up one run off five hits, but all singles to limit the damage.

For the Red Sox it was a different story, as Martín Pérez was a bit off and lasted just two innings, eventually resulting in a 7-1 loss as Boston managed six hits total.

Hunter Renfroe drove in a sacrifice RBI to score Rafael Devers, but that’s all they could really get done at the plate, as Boston fell to 37-24 on the season.

GAME IN A WORD
Unusual.

We haven’t seen a lot of games from the Red Sox when the starter threw fewer than three innings, but that was the case Tuesday.

ON THE MOUND
— Thanks to a great outing in his last start against Houston, Pérez entered Tuesday with the rotation’s lowest ERA.

This time around, though, 59 pitches by the end of the second resulted in six earned runs off six hits and three walks and did not come back out for the third. Pérez had two strikeouts, and probably was due for a day like this.

— Matt Andriese got Boston through the fifth, striking out five in three innings of work. He allowed a run on three hits thanks to a homer from José Alvarez.

— Brandon Workman pitched the sixth and seventh. He gave up a hit but struck out one to hold the Astros bats scoreless during his stretch.

— Phillips Valdez closed out the last two innings, giving up one hit and three walks while not allowing a run. He struck out two batters.

IN THE BATTER’S BOX
— Aside from a single from Kevin Plawecki, the Red Sox didn’t get anything going at the plate until the fourth.

Devers got on after being hit by a pitch, and Xander Bogaerts advanced him with an infield single. J.D. Martinez grounded into a fielder’s choice that got Bogaerts out, but not before Devers found his way to third to set up Renfroe for an RBI that got Boston on the board.

— Christian Vázquez and Kiké Hernández hit back-to-back singles to lead off the fifth, but they were stranded at third and first, respectively. Hernández had a double in the ninth, making him Boston’s only player with multiple hits.

TWEET OF THE GAME
This was a sweet moment on ALS Night.

UP NEXT
The Astros are in town for two more days, with the second game of the series set for Wednesday at 7:10 p.m. ET with pregame beginning at 6 p.m. on NESN. 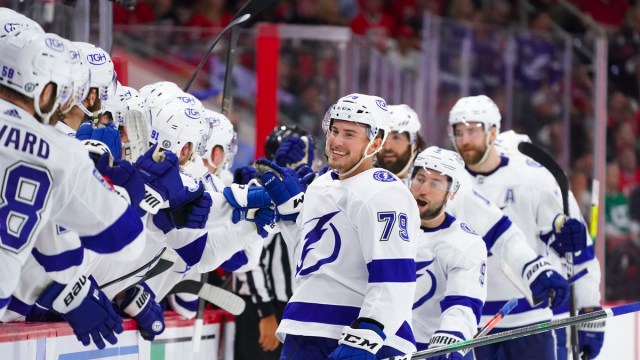 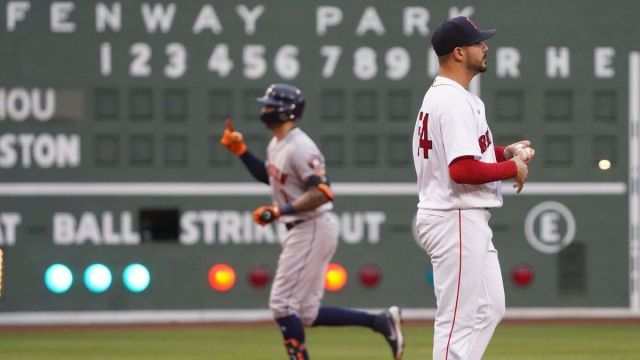