Christian Arroyo didn’t sit on his heels when his number was called in a high-pressure situation Wednesday night at Truist Park.

The Red Sox second baseman instead went into attack mode.

With Boston trailing Atlanta 7-6 in the top half of the seventh inning, Arroyo pinch hit for Danny Santana with the bases load and two outs. The 26-year-old hacked at two consecutive cutters from A.J. Minter before watching a 97 mph fastball travel outside the strike zone. Minter turned to the cutter again on the fourth pitch of the at-bat, and Arroyo sent it 467 feet into the left-field bleachers to give the Sox a lead they wouldn’t relinquish.

Boston manager Alex Cora appreciated the aggressiveness from Arroyo, especially given the situation.

“I liked the fact he went out there swinging,” Cora told reporters, per The Boston Globe. “Sometimes when you pinch-hit, you take the first pitch and you put yourself in a hole. But the first pitch, even though it wasn’t a competitive one, he swung, then he got a cutter, slider down in the zone and he put a good swing on it. He’s been doing that all month.”

Not only has Arroyo’s approach in the batter’s box been paying dividends of late, but so has his day-to-day mindset. The fifth-year pro is making a point to not get too caught up in his emotions on both ends of the spectrum. 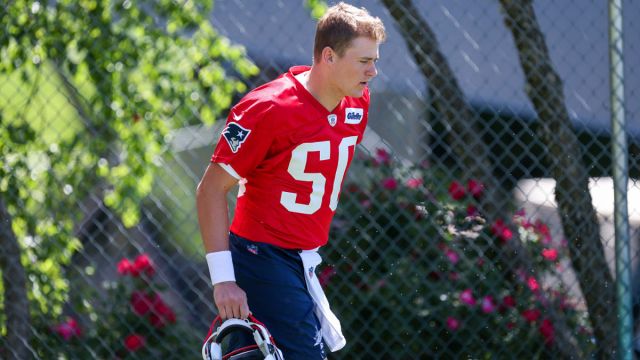