The New England Patriots were granted the No. 18 spot, which Linsey credited to their strong offensive line and running game.

But how about the teams the Patriots play during the 2021 NFL campaign? How does New England, at this point before training camp, compare on paper?

The Patriots are the ninth-ranked team in the AFC and are the second-best team in their division. It’s also worth noting that seven 2021 opponents — Saints, Buccaneers, Cowboys, Browns, Titans, Bills and Colts — have higher-ranked rosters, according to Linsey.

Let’s run them down with a brief synopsis from Linsey:

Week 1 & Week 18: Miami Dolphins
The Dolphins have the 22nd ranked roster on the list. Miami was lauded for its cornerback duo of Xavien Howard and Byron Jones, however, it was noted the Dolphins are fairly young on the offensive line.

Week 2 & Week 7: New York Jets
New York ranks 30th in this exercise, which probably shouldn’t surprise many. Linsey acknowledged the Jets defensive line may be among the top 10 in the NFL, but their cornerbacks don’t scare opponents.

Week 3: New Orleans Saints
The Saints have the league’s 17th best roster, according to Linsey. New Orleans is led by one of the league’s best offensive tackle combinations, but its receiving depth behind Pro Bowler Michael Thomas hasn’t been overly inspiring.

Week 4: Tampa Bay Buccaneers
Tom Brady and the defending Super Bowl champion Buccaneers have the league’s best roster in the eyes of Linsey. Tampa boasts one of the deepest receiving corps in the NFL, however the running back grouping may be team’s biggest weakness.

Week 5: Houston Texans
It will be a drastic the two-week difference for the Patriots, who go up from one of the league’s best rosters in Tampa Bay to one of the NFL’s worst in Houston. The Texans rank dead last, 32 out of 32, with their biggest weakness coming in their defensive line.

Week 6: Dallas Cowboys
Dak Prescott returns to lead the Cowboys, who ranked No. 8 overall. Prescott and his receiver options are perhaps the team’s biggest strength while the Dallas defense, and its secondary in particular, could prevent them from real postseason competition.

Week 8: Los Angeles Chargers
Linsey doesn’t seem to have as much confidence as others in the Chargers, depicted as he ranked their roster No. 20 overall. LA will be led by its defensive talent and if QB Justin Herbert can put together another strong season behind an improved offensive line, the Chargers could fare better than this list indicates.

Week 9: Carolina Panthers
The Panthers’ roster ranks 27th. And while they took a chance by trading for Sam Darnold, the left side of the offensive line isn’t exactly what you want to help the quarterback’s resurgence.

Week 10: Cleveland Browns
The Browns have the league’s third-best roster, according to Linsey. The offensive line invokes a lot of confidence while Cleveland certainly hopes Baker Mayfield can continue to take a step forward.

Week 11: Atlanta Falcons
The Falcons, not long after trading All-Pro receiver sending Julio Jones to the Tennessee Titans, come in at No. 25 overall. The tandem of wideout Calvin Ridley and tight end Kyle Pitts should make for a team that can throw the ball, but Atlanta’s secondary let opponents do so at a very high clip last season, too.

Week 12: Tennessee Titans
Tennessee’s three-headed offensive monster of Derrick Henry, A.J. Brown and Jones lead the way for the Titans, who have a roster ranked No. 13 overall. Tennessee still has some questions on their front seven, though.

Week 13 & 16: Buffalo Bills
The Bills have the fourth-ranked roster in this exercise. Josh Allen is among the biggest strengths for a Buffalo team that didn’t run, or defend the run, all too well last season.

Week 15: Indianapolis Colts
The Colts’ roster ranks No. 14 overall on paper. Indianapolis has one of the best offensive lines in the game, helping newcomer Carson Wentz. The Colts do have some questions at cornerback, however.

Week 17: Jacksonville Jaguars
Jacksonville is beginning to build something with signal-caller Trevor Lawrence, but its 2021 roster ranks No. 28 overall. Lawrence and the offense have some promise on that side, but the Jaguars’ defense has few quality starters.

Obviously, dissecting rosters before training camp is an imperfect science. And while said rosters probably don’t indicate which team will emerge victorious in a Week 16 clash in December it’s still worthy of comparison.

Now we’ll just have to see how it plays out. 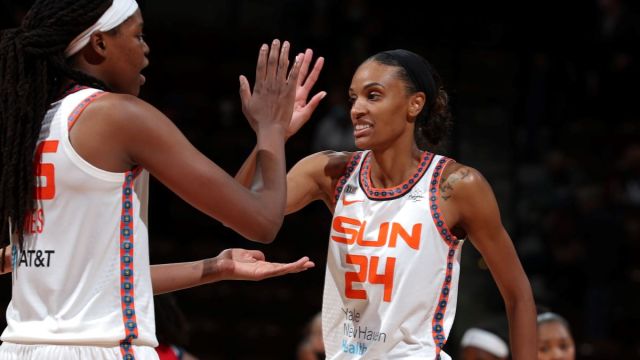 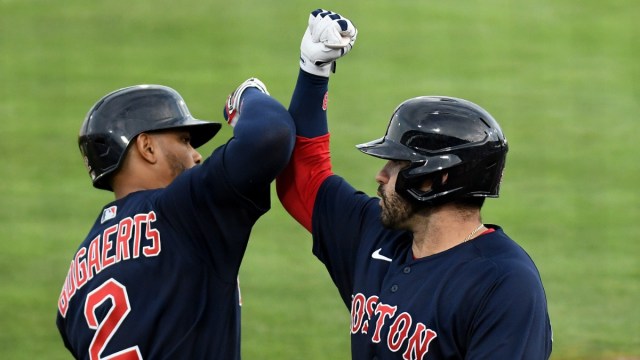