In one week, the Seattle Kraken will have built their roster.

The NHL expansion draft is set for Wednesday, July 21. Teams have to submit their protected lists by Saturday, and they are scheduled to be made public Sunday.

In the simplest terms, players exempt from expansion draft consideration are first- and second-year players, as well as unsigned draft choices. Any players with no-movement clauses must be protected.

In that case, here is the breakdown of which Boston Bruins are and are not eligible to be selected in the expansion draft. We used CapFriendly as our reference.

Teams either can protect seven forwards, three defensemen and one goalie, or eight skaters and one goalie. The Bruins are likely to use the 7-3-1 method.

You’ll notice in this exercise that we did not protect Tuukka Rask, Taylor Hall or any of Boston’s other unrestricted free agents. The Bruins don’t have to protect them unless they re-sign them before the expansion draft, which they won’t for obvious reasons.

The Kraken are allowed to negotiate with UFAs from July 18 to July 21, but if they sign any of them, it counts as Seattle’s selection from the signed player’s previous team. So, hypothetically speaking, if the Kraken signed Sean Kuraly leading up to the draft, Kuraly would count as Seattle’s pick from Boston.

It’s a very complicated process that should come increasingly into focus once teams release their lists. 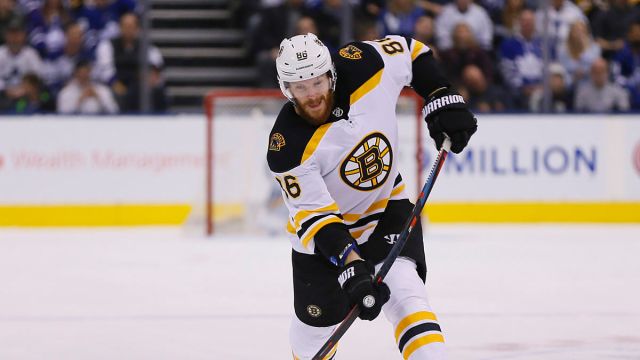