The bad news for the Buffalo Sabres? It looks like they have to trade their best player, Jack Eichel. The good news? There’s a healthy little market developing.

The NHL draft begins Friday night, and with it, comes a flurry of trade rumors. That’s especially true for a team like the Sabres that seems stuck in the middle of a never-ending rebuild.

If the Sabres were to trade an All-Star talent like Eichel, doing so at the draft — in order to maximize pick assets — makes sense. As such, it sounds like Buffalo is in the process of gauging interest of which there reportedly is plenty.

TSN’s Darren Dreger on Friday afternoon reported the New York Rangers, Minnesota Wild, Anaheim Ducks and Los Angeles Kings are among the teams with “lots of attention being paid” to them as “potential fits” for the talented forward.

As Dreger notes above and David Pagnotta reports below, the Montreal Canadiens also are thought to be circling.

The price, however, feels like the biggest hang-up in the short term. Pagnotta reported earlier in the week the Sabres were looking for two NHL players, two top prospects and/or a first-round pick to land the Boston University prospect. That is a lot, and as of Friday afternoon, no NHL insiders believed that price had dropped at all.

What is interesting, though, is the dominoes might have started falling. The Sabres unloaded one of their top trade chips, defenseman Rasmus Ristolainen, on Friday afternoon. Buffalo was able to turn Ristolainen into the No. 13 overall pick as well as a 2023 second-round pick and defenseman Robert Hagg. That’s a pretty solid return for the Sabres, and if that’s the going rate for someone like Ristolainen, you almost can see why Buffalo seeks a king’s ransom for Eichel.

The 24-year-old is coming off a disappointing season in which he scored two goals with 16 assists while dealing with injuries. Eichel is just a year removed from a sensational 2019-20 season when he scored 36 goals and added 42 assists in just 68 games for the lowly Sabres. 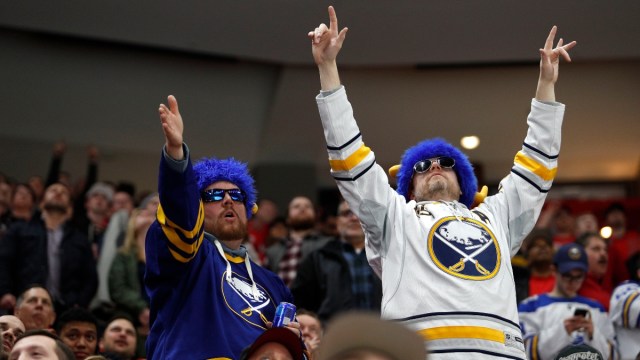 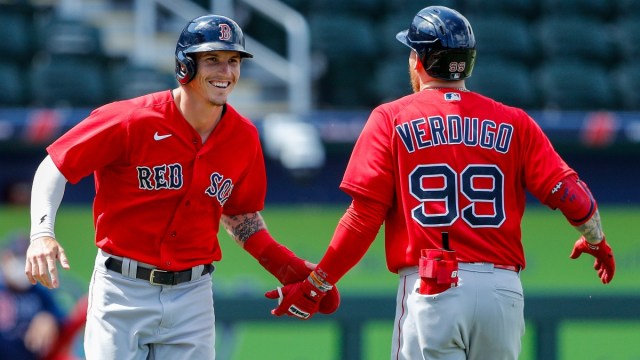