Red Sox manager Alex Cora said before Monday’s game how he was tweaking the Boston lineup to benefit both J.D. Martinez and Rafael Devers.

It ended up helping more than just those two players Monday, however, as the Red Sox had five players hit home runs and seven players record hits in a 13-4 rout of the Toronto Blue Jays.

Martinez, who batted fifth Monday, responded with a four-hit night in which he scored two runs with one walk. He also offered a humorous response when asked about Cora’s decision to change the lineup.

“He kind of looks like a genius tonight,” J.D. Martinez told Jahmai Webster on NESN’s postgame coverage. “We were all joking about it in the dugout like, ‘Alex pulled out his crystal ball for this one.’ “

Martinez said Cora told him about the change on the plane ride to Buffalo on Sunday. He was more than happy to do so, telling Webster he would do whatever the Red Sox needed to win.

His four hits went a long way in that, too.

Martinez recorded one of his two doubles during Boston’s eight-run first inning. The Red Sox blasted three home runs in the first alone.

Cora couldn’t have asked for a better start.

“It’s awesome. Hunter (Renfroe) was kind of joking in the cage that we felt like we were due for this,” Martinez said. “And to come out right away, Kiké (Hernández) kind of set the tone digging out that double right away, and coming back with that (Jarren Duran) home run and that grand slam by Hunter was huge.”

The Red Sox finished with 14 hits as a team Monday, putting an end to a forgettable offensive slump.

Red Sox-Blue Jays will play the second game of the three-game set Tuesday with first pitch scheduled for 7:07 p.m. ET on NESN. 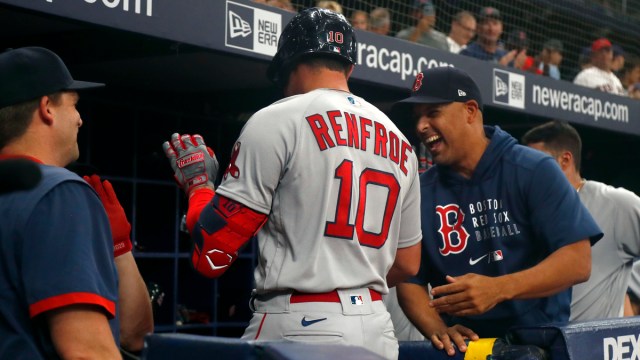 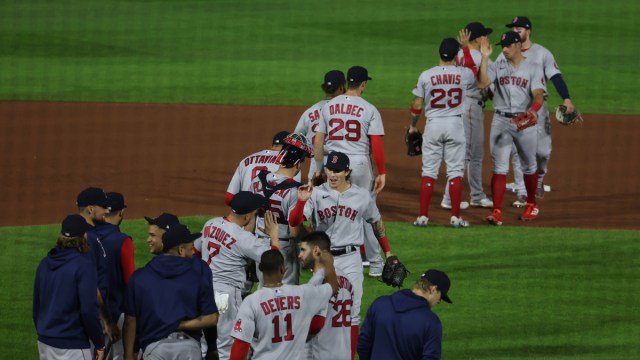